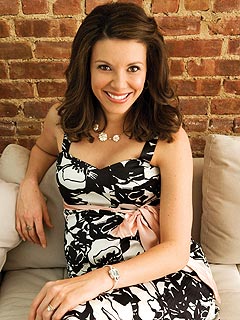 A former American television broadcast journalist anchor, Kiran Carrie Chetry, who was a cable news anchor for CNN’s early morning program until 2011 was born on August 26, 1974, in Kathmandu, Nepal, a small yet beautiful country of Mount Everest and birth place of Lord Gautam Buddha to parents Nancy and Hom Chetry.

Her father is of Nepali nationality and Kiran’s mother Nancy is of Ukrainian, Dutch and German ancestry. Her parents met in Nepal while Nancy was a Peace Corps Volunteer there.

Kiran was raised in Gaithersburg, Maryland and attended Montgomery Blair High School in Silver Spring, Maryland, where she served in student government, danced on the pom squad, and competed on the swim team.

Later, she was enrolled at the University of Maryland, College Park’s College of Journalism, and received her Bachelor of Arts in broadcast journalism. She joined the Alpha Pi chapter of Delta Delta Delta sorority there.

Kiran began her career in 1995 at News 21 in Maryland. But, in 1996, she moved to WICU-TV in Erie, Pennsylvania, where she was the main anchor and health reporter.

She also received the Best Enterprise Reporting award from the Pennsylvania Associated Press Broadcasters Association in 1997 for her series “Young and Hooked.”

Again in 1999, Chetry moved from WICU-TV to KXTV in Sacramento, California to work as a morning anchor and reporter until joining Fox News Channel.

And finally, in 2001, she joined the cable news network Fox News Channel as a general reporter, with her first story about eating ice cream on March 8, 2001.

In early 2007, when Kiran had to renew her contract with Fox News, and what happened there was that she wanted a clause in her contract that would have had Gretchen Carlson, a co-anchor of Fox & Friends, fired.

But, her agent countered that the allegation of Chetry’s wanting Carlson fired was “absolutely false.” After that, her job at Fox News Channel ended up.

Within an hour of her release from Fox News Channel, she was signed by CNN. Chetry stated that “CNN is the gold standard when it comes to journalism, and I am thrilled to be part of the team.”

After that, Chetry began to work as a CNN anchor and correspondent on February 16, 2007. She worked as a co-host on American Morning in the morning and anchored Anderson Cooper 360 at evening.

In April 2007, she was officially announced as the new co-anchor. Chetry also co-hosted with Roberts two can prime-time previews of the 2007 YouTube Democratic debate and the 01/07/08 CNN Election Center analysis of the post Michigan-primary presidential race and served as the iParty correspondent on CNN’s 2008 New Year’s Eve Live with Anderson Cooper. Kiran left CNN on July 9, 2011. Since her contract expiry with can in 2012, she remains unemployed.

Kiran was also featured in Esquire’s “Women We Love: The Newsgirls.” As to the attention to her physical beauty, Kiran said, “It’s not my primary focus.” She also stated, “It’s nice, it’s a compliment, [and] sometimes, it’s a little out of control.”

Kiran has a hot and flawless body with an amazing height of 5 feet 5 inches. While hosting her shows, she dressed up so elegantly that her exotic, slender and sexy legs were flaunted so well. Her body measures 34-25-35.

The couple was blessed with two children, a daughter named Maya Rose Knowles and a son named Christopher Chetry Knowles. But, the couples are now divorced. They were divorced after Kiran’s departure from CNN.

Other information regarding her professional as well as personal life can be accessed via wiki and other sites. Her fans can also follow her on twitter and facebook and get her updates.