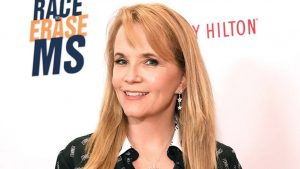 Lea Kathleen Thompson is an American actress who was born on the 31st of Amy, 1961 and is currently 54 years of age. She was born as the third out of 5 children to parents Barbara Anne; who was a musician and her father Clifford Elwin “Cliff” Thompson who owned a recording studio.

She was born below two sisters Coleen and Shannon and has two younger brothers; Barry and Andrew. The kids were all brought up at their place in Rochester, Minnesota, Unites States but lived in Starlight Motel just outside of town when the family was in bad economic shape.

As a young girl, she grew up studying ballet at the local dance school for about 3 hours a day, and wanted to become a ballerina as she grew up. She took part in several dancing programs and also won scholarships due to her talent at the Pennsylvania Ballet School, American Ballet Theatre and also San Francisco Ballet.

She and her brother Andrew took classes and performed at the Minnesota Dance Theatre and the Ballet Repertory together. But she was disheartened by ballet legend and artist Mikhail Baryshnikov, who though she was too stocky besides her talent. This made her quit dance and thus chose acting as her alternative at the age of 18.

She travelled to New York to get acting chances and was soon seen in some TV ads of Burger King in early 80’s. Not much is known about her official education and schools although she has completed her basic education. Born and raised in a religious family, she is a Christian by religion and an American by birth. Lea belongs to white ethnicity.

She hasn’t done any bold scenes in her career but has shared many onscreen kisses. With her small feet and sexy legs, there aren’t any pictures of her in bikinis or swim wears on the web. She is a blonde, with shiny brown eyes and a hot pair of lips, which enhance her physical attributes. Besides that, she is a sweet heart in her characters and is very friendly and helpful.

Those who know her closely describe her as a funny person with lots of positivity towards life. She has had involved in a couple of relationships; that we know of. Her first affair was with her boyfriend Dennis Quaid, whom she dated from 1986 to 1989. After that relationship ended, she has been married with actor/ director Howard Deutch from 1989.

Their 26-year-old strong relationship has seen many happiness and sadness together, but they have overcome it all with their strong love and support towards each other. She and her husband have two daughters together named Zoey and Madelyn Deutch, who are also into acting industry. You can see her family pictures on her official Instagram page, as well as her website.

Her work and acting talent have made her a popular figure around the globe. With more than 30 years in Hollywood, she has appeared in a number of movies as well as TV shows, and thus has got many fans and followers around the world. Some of her famous roles are in movies like Back to the Future (1985), Left Behind (2014), Some Kind of Wonderful (1987), Caroline in the City, Red Dawn, Dancing With the Stars, Casual Sex, All the right moves, Dennis the Menance etc. In order to stay connected to all her latest updates, you can follow her on her official Twitter as well as Facebook page. You can also read her biography in sites like IMDB and Wikipedia.  She has an estimated net worth of about 14 million USD.