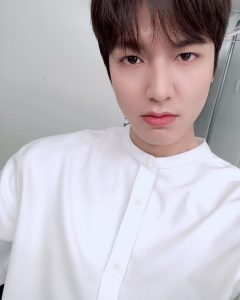 A renowned name in Korean film industry is Lee Min-ho who is famous for his roles the movies Boys Over Flower, The Heirs and City Hunter. He is a South Korean actor, singer and model who was born on June 22, 1987 in Seoul, South Korea. He is of South Korean nationality and his ethnicity is Asian. He had a wonderful childhood with his family in Korea as he was born and raised in Korea with his family. Apart from him he has an older sister in his family. In his childhood he wanted to be a professional football player but due to his injury in 5th grade in elementary school his dreams ended. But he is still attached with football. As for his education he has been attending Konkuk University majoring in Film and Arts. From his high school he was involved in modeling and acting.

He started to act from 2003 in the Korean film industry. When he finished his acting and modeling training he started to give audition and got minor roles in various television dramas. Le got his official debut role in the EBS series Secret Campus; from where he started getting some name and fame.  But he had to put break in his acting career for a year due to his car accident which was serious and because of which he was severely injured. In 2006 after he totally recovered he got a leading role in Mackerel Run a high school drama. He appeared in various roles in the year 2008 acting in dramas like Get Up and I Am Sam and movies like Public Enemy Returns and Our School’s E.T.  He got his breakthrough role in the movie Boys Over Flower in 2009 as a lead actor Goo Jun-Pyo. He really got famous after the series his name not only spread in the South Korea but in whole Asia he was renowned. Later in 2011 he played in an action drama city hunter which gave him more space in the Korean film industry. Later on in 2012 he acted in Faith as Choi Young and in 2013 in The Heirs as Kim Tan. He has won 31 awards in life time till date from his excellent acting. He is a hard working has always been working hard to show his best performance in his dramas and movies. The latest news about him is that he is the new model for the global fashion brand GUESS. He has the net worth of 10 million dollars.

He is a handsome and dashing actor of Korea. He has a good body structure supporting his acting career. He is tall and has a great height. He has got the height of 6 feet and 1 inch. He is a hot and sexy actor of Korea. As of his weight he weighs 71 kg. As his date of birth his age is 27 years he is still young and has a lot to achieve.

He has kept his personal life a little secretive from the public. He likes to keep his personal life hidden from the public. There were rumors that he had an affair and was dating actress Park Shin Hye. But they were just rumors as they confirm to be best friends not boyfriend and girlfriend. This tall handsome and dashing young actor must have a girl which he might not have revealed.

There are rumors that Lee Min-ho has done surgery of his nose and lip but they are not true. He has been keeping his natural appearance since his childhood. About smoking he does smoke but he is not a heavy smoker.  We find his interviews, biography, shirtless pictures, songs and other wiki in the internet. His fans and followers can follow him in the social site twitter.