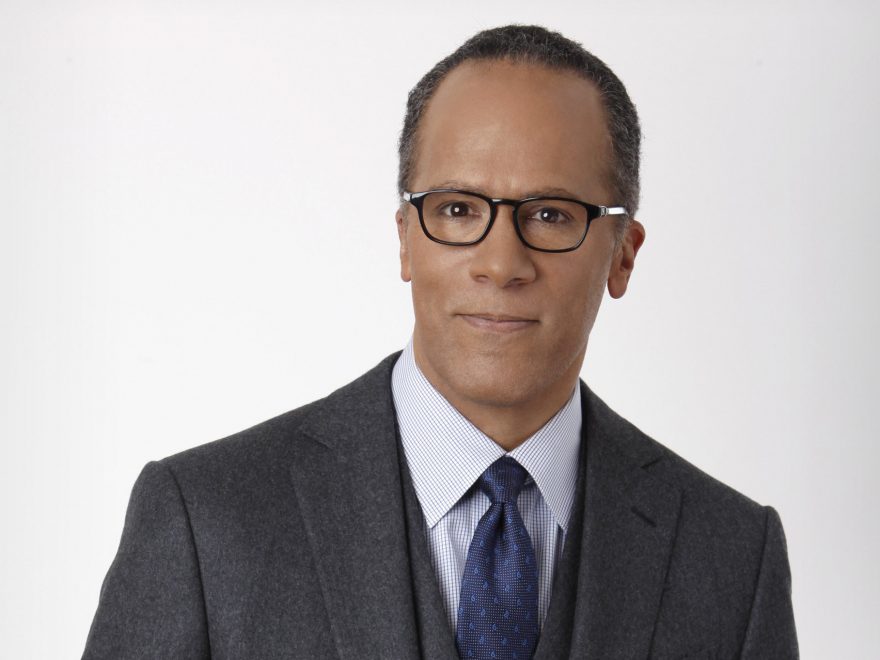 An American news Journalist, Lester Don Holt, Jr., Popularly known as Lester Holt was born on March 8, 1959 in Marin County, California. He is also musician. Holt attended Cordova High School in Rancho, Cordova, California. Later, he earned a degree in Government from California State University. Currently, he is co-anchor at Weekend editions of NBC’s Today, weekend anchor at NBC Nightly News and anchor at Dateline NBC. Holt has reached 55 years old in his age. He was born to parents June Holt and Lester Holt Sr.

Holt’s first job was the Disc Jockey at the Country and Western Station. After that in 1981, he was hired as a reporter for WCBS-TV in New York and in the following year he became the reporter and weekend anchor on KNXT based in Los Angeles. Since 1986, he worked as an evening news anchor at the WBBM-TV. He spent about 14 years working at WBBM-TV. While working there, Holt also reported news from many countries including Iraq, Haiti, and Somalia.

Later in 2000, Holt became the part of the MSNBC, where he became the substitute anchor for NBC NIghty News and Today. In 2007, he was also named as the anchor of the Weekend edition of NBC Nightly News as well as became the full- time anchor of Weekend Today. Apart from his daily duties, Holt also served as a reporter for NBC Sports Coverage of the 2008 Summer Olympics as well as hosted a special for The History Channel about the 9/11 Conspiracy Theory.

Besides these work of journalism, Holt has also made TV appearances in several movies as well as TV shows. He was seen in the movie The Fugitive in 1993 and Primal Fear in 1996. Talking about his TV shows, he appeared in the episode Red, White or Blue of “Due South” and Fate of “Early Edition.” He also had a role in the NBC sitcom 30 Rock. Holt was also featured in Making Music Magazine.

In 1990, Holt received Robert F. Kennedy Journalism Award for his work on CBS’s 48 Hours: No Place like Home and later in 2012, he earned the Honorary Doctorate from Pepperdine University, Malibu, CA.

Holt has a fine and healthy body structure with an attractive height. He has got an amazing personality which can attract many viewers towards his show. He is 6 feet 1 inch tall. He puts on black framed glasses.

Holt’s weight loss had also created a topic for the people to gossip for. Some people say that his weight loss is caused by radiation while others say he got sick and his disease caused hi weight loss.

Regarding his personal life, he is a married man. His wife name Carol Holt. The couples are also blessed with two children, both of them son, whom they named Stefan and Cameron. He lives with his family at Manhattan. This can easily prove the rumor of him being gay as false. His ancestries have Jamaican, English, Indian, West African and Scottish descent. Holt also plays bass guitar in his leisure time. He belongs to American nationality and has the African American or we can say Jamaican ethnicity. He is also one of the journalists who is paid a good salary and has a net worth of $10 million.

His biography can also be found in wiki and IMDB. Other information regarding him can also be accessed via his personal as well as official sites.