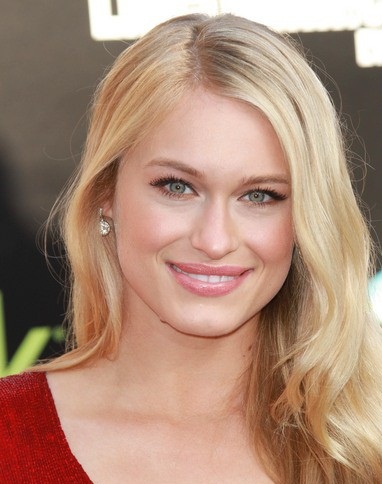 Known for her versatile acting and cleft chin, Leven Rambin is one of the successful actresses of America. She is best known for her roles in “All My Children”. She was born in 17th of May, 1990 in Texas, USA. She has appeared in many successful movies which have made her known around the world.

She has the zeal of acting from her early age. She started to perform in the school plays from her childhood. Later, she studied in the Houston School of Film and Theatre to know more about this field. She started her career from 2004 when she was offered to play in “All My Children” which was a regular series on ABC. She played in this series from 2004 to 2010. She played the roles of Lily Montgomery and Ava Benton in this series. From this series, she got positive responses from both the critics and the viewers. She was nominated as Outstanding Female Newcomer as well as Outstanding Younger Actress in a Drama Series. In 2007, she was also nominated in the Annual Daytime Emmy Awards.

In 2006, she appeared in “The Book of Denial” as Caroline Paxton. She has played in more than 20 TV series. Some of her successful TV series are Law &Order, Grey’s Anatomy, Lipstick Jungle, Private Practice, Scoundrels, CSI: Miami, One Tree Hill and The Tomorrow People. From her characters in these series, she has been critically acclaimed as well. She has also played different roles in various movies. She made her debut in films from the movie “Gigantic” in 2008. In 2012, she appeared in internationally as well as commercially successful movie “The Hunger Games”. Her acting was well praised by the viewers and the character “Glimmer” has made tremendous effects on many people. In 2013, she came up in the movie “Percy Jackson: Sea of Monsters” where she played the role of Clarisse La Rue”. In 2014, she is coming up with “Two Night Stand”, “Seven Minutes” and “Walter”. She has also appeared in the music video in 2012. She appeared in the song “Stray Heart” which was sung by the band “Green Day”.

Regarding he r height, she is 5 feet 7 inch tall. Her married status is single. Though there are many rumors about her affairs with different co-stars, there are no official evidences to prove them. Recently she is engaged with Jim Parrack. Jim is also an actor of the TV series “True Blood”. They had started dating from the spring of this year, 2014. She wanted to make Jim her future husband. But they are not in real hurry to get married soon. Her boyfriend said that they are both struggling in their career and there will come a time when they would think about their marriage.

She has got the excellent body measurements of 34-24-33 and weighs 56 kg. She has the blue eyes which can captivate anybody’s mind. Her hot and sexy pictures are also available in the web. If you want to see her sexy legs, don’t miss to view her viral pictures in the internet. Though there is no official record of her net worth, it is believed that she has earned $3 million in her career. To know more about her biography, you can visit Wikipedia and IMDB. If you are her fan, you can also follow her in Twitter.