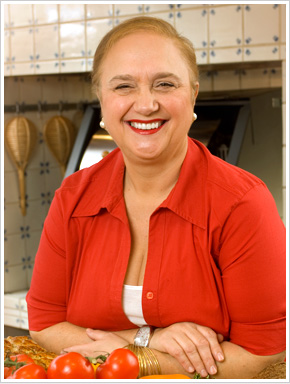 Multitalented Lidia Bastianich is one of the most recognized names in the American cooking industry, which is especially known for her Italian cooking style. Besides the chef, she is a television host, author, and restaurateur.

Talking about her age, she is 67. It’s been more than 40 years since she is cooking professionally. American Italian people love her like a superstar because she has played an important role in branding Italian food culture in the United States.

For many families in the Paula, things were getting the world. Because of the Paris Peace Treaties on September 15, 1947, Paula becomes part of Yugoslavia under Communist Marshal Tito, a political hero of Yugoslavia turned benevolent dictator.

The opposing communist rule, her family, and other ethnic Italians moved to Italy in 1956 as a part of the Istrian Exodus.

In Trieste, Italy, Lidia’s family struggles a lot for survival. A rich Christine family hires her father as a limousine driver and her mother as a cook-housekeeper. But, they still hadn’t enough money to buy a place of their own. So, they stay in refugee camps for two years in Trieste until 1958.

When the family moves to New York in sponsorship of Catholic Charities under US government immigration approval.  At this moment, Lidia is 12 years old and had learned the basics of Italian-style cooking from her mother. Soon, the fast-learner Lidia could cook many Italian dishes. When she turned 14, she got a valid work permit as per US law. After that, she worked at many places gaining experience.

During this time, she also works at the Astoria bakery, the owner is no other than Christopher Walker’s father.

As time passes gradually, she completes her high school and decides to pursue a career in the cooking industry. Because of her immense knowledge of Italian dishes, she gets a chance to work for many local Italian restaurants in North Bergen, New Jersey.

People always get amazed by knowing that Lidia made her way to the top working from the bottom level supporting herself economically and paying for her academic and self-studies as well.

Fortunately, for her, the man who gave her the second love of her life that is her family, her loving husband Felice Bastianich, came into her life when she was just 16 celebrating her birthday party. She gets introduced to him by her family and meets each other for a couple of times; they fall in love with each other.

Coincidently, Felice was also an immigrant and a restaurant worker. He was an Istrian Italian immigrant fromLabin(Albona), Istria. Both of them were interested in cooking and on top of that, they loved cooking Italian mostly.

Felice also being an immigrant made it easy for Lidia to connect with Felice. The couple married in 1966, and after two years, Lidia gives birth to their son Joseph. And, after 3 years from 1968, the couple’s second child Tanya comes into the world.

In 1972, she starts as an assistant chef in their own restaurant Livonia in Queens, New York. After the immense success of the first restaurant Italian dishes, the couple opened their second restaurant Villa Secondo.

Later Villa Secondo integrated local foods as well and was highly appreciated by critics. This boosted Lidia to work as a cooking show host as she was already popular for her restaurant.

1981 becomes the year that fulfills the couple’s dream project Felida in Manhattan. The couple sells their two earlier restaurants for Felida. Felida gets 3 stars by the New York Times later. Felida is one of the highly profitable restaurant businesses in Manhattan.

Their Wall Street bond trader son, Joseph also gets interested in their parent’s business and convinces the parents to partner with him to open a restaurant named Beco in Manhattan.

Both the couple’s old married life ends in 1997 with a divorce because of a major disagreement about how they will run their business. Lidia wanted to expand, but her husband thought another way around. Her husband Felice got his shares and later, he transferred them to his children.

Nevertheless, analyzing her entire history, one would find her as a woman dedicated to enhancing her family. From the late ’90s, Lidia restaurants had become a family franchise.

Joseph at this point of time runs his business, and her daughter Tania completes her Ph.D. and partners with her mother to open a traveling company called Esperienze Italiane. Tania’s husband attorney Colorado Manali gets the position of the restaurant group’s chief legal counsel.

2013 Emmy Awards winner for the Outstanding Culinary Host, Lidia runs different projects related to cooking with her family. She is known on television for hosting her own show on PBS called Lidia’s Italian-American Kitchen and other famous shows on PBS.

She has been the judge of famous cooking shows like Masterchef USA, Top Chef, and much more. She has almost written a dozen of cookbooks, out of which most of them fall on the best-selling list.    Talking about her controversy, the major one was related to Lidia’s ex-employee Oscar Crespi who died of cancer. She is famous for her rich recipes which may consist of marinara or bolognese sauce.

She is also popular for innovatively adding meatballs to various recipes. It’s true that she has suffered from hair loss problems in the past. She now wears a wig.