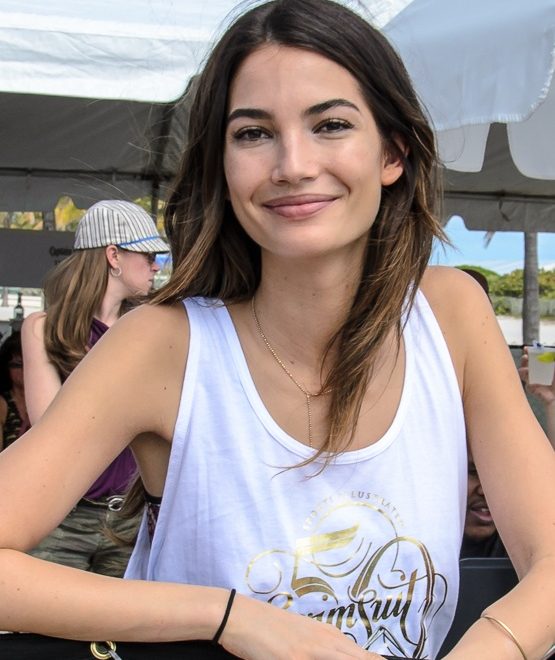 An American model Lily Maud Aldridge with her brown hair color, hot & sexy body and brown-eyed model walked on the ramp of Victoria’s secret fashion, with an amazing height of 5 feet 9 inches (1.75m) tall, where she became Victoria’s Secret angel in 2010.

She had started modeling when she was 16 years of age, for Abercrombie & Fitch; as her family is oriented in fashion so much. An English artist Alan Aldridge and Laura Lyons who is a playboy playmate of the month, are Lily’s parents. She has got two sibling sisters who both are models and also, her brother is a fashion photographer.

With so much passion in fashion and make ups, she has documented herself her personal styles in several magazines, advertisements and fashion shows. She has presented her personal style as “Today I am wearing” photo blog for Vogue UK in March 2011.

The secret of her hair style – ombre hair; how she makes it so perfect and suit to her body, has been articled in media and the internet.  So many fashion lovers have immensely used her personal styles themselves.

Not only that, many beauties and health conscious people and experts are wisely interested in what makes her so beautiful and perfect at her age.

They, more deeply searched for Aldridge secret healthy diet and makeup style and ingredients to apply to their life to make it beautiful.

She has been actively involved in this since 2003 up to present.  She is best known as the model “I walk the line” which is of Levi’s jeans TV commercial.

Lily Aldridge with dark brown haired “ombre’ hair”, olive skin, broad cheekbones with her beautiful smile making her a unique piece of a perfect model. She has appeared on the cover of Spanish Vogue in 2003.

She became a TV icon after her commercial “I walk the line” in 2006 making her fresh look of attention talk and watch her style and presentation in the advertising media.

When she hit the ramp of Victoria’s Secret fashion show, she has then begun to rise with little more fame and name as Victoria’s Secret Angel. In 2008s’ Kings of Leon “ Use Somebody” video, she appeared in it, and after that, she seemed to date with the band’s frontman, Caleb Followill and later, on May 20, 2011, they were married.

28 years young Aldridge married with Caleb at San Y Ranch, Montecito, California and after nearly six months, they announced of themselves expecting their first child. On June 12, 2012, she gave birth to a baby girl Dixie.

Aldridge has appeared on numerous magazines’ covers, editorials with fellow angels and actresses, models and she have been featured in the advertising campaign for Cloth Company such as Rag & Bone, and even there, she severed as a photographer herself.

In 2013, she released her line of clothing with Velvet Tees as Lily Aldridge for Velvet which is named after her friends and family. Recently in 2014, she as a cover model with Nina Agdal and  Chrissy Teigen made her sports illustrated issue of swimsuit debut for its’ 50th anniversary.

Victoria’s Secret lived in 2013 discusses recently the sexist trend now in summer season;  clothes, hairstyles, hot makeup and all those fashion tips that make you so sexy.

In addition to that, exercising and healthy diet and living tips have been revealed.

Even though of her short legs, her body looks in proportion in her bikini suit. She has 54 kg of weight, and more about her and her secrets and updates can be followed up on her Twitter as: Here.

Lily Aldridge was born in America . Lily Aldridge is Model by profession, find out mroe facts, education, weight, and more.