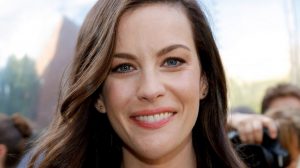 Known for her full rosy lips and soft voice, Liv Tyler has proved herself in the Hollywood industry. She was born in July 1, 1977 in New York City. She is known for her role as Arwen Undomiel in “Lord of the Rings Trilogy”. She has also worked in the internationally successful movies such as The Strangers, Armageddon and The Incredible Hulk.

As her parents are also linked in this field, she has a dream to become the great actor from her early childhood. She started modeling from the age of 14. Later, she focused mostly in acting and made herself perfect in it. She made her debut from the movie “Silent Fall” in 1994. Her acting skills attracted many producers and gave her a lot of offers. Because of that, she appeared in many movies in the short period of time.

In 1996, she got chance to play the leading role in “Stealing Beauty” from which she got internationally recognized as well as critically acclaimed. She was also nominated for the Young Actress Award for Best Performance in a Drama Film. In 1998, she came up with yet another internationally acclaimed movie “Armageddon”. She played the role of Grace Stamper in this movie from which she is also nominated for MTV Movie Award for Best Female Performance.

In following year, she appeared as Tatyana Larina in the movie “Onegin”. She won Russian Guild of Film Critics Award for Best Foreign Actress. Then, her career changed drastically as she was offered to play the role of Elf in “Lord of the Rings Trilogy”. From this movie, her acting was praised everywhere.

She was critically acclaimed and also grabbed many prestigious awards such as Phoenix Film Critics Society Award, Online Film Critics Society Award, National Board of Review Award and Screen Actors Guild Award for Outstanding Performance by a Cast. In 2008, she appeared in the movie “The Strangers” from which she got Scream Award for Best Horror Actress. She is coming up with 2 projects in 2014. They are “Space Station 76” and “Jamie Marks Is Dead”. She is also appearing as Meg Abbott in the HBO TV series “The Leftovers”.

She started dating Royston Langdon who is also British Musician from 1998. They got married in 2003. The couple had 1 son. In 2008, they made public about their divorce. Tyler said that it has been difficult to remain together as they lived in different cities. They had a hard time to meet each other. So, the separation is the best solution possible. Her husband also told that they will remain as close friends. After this phenomenon, her gossips about boyfriend and affairs are coming up in the Medias. She loves to remain in the group of children. So, she always makes time available for her son.

She is also popular for her hot body and sexy legs. Despite of her age and being a mom, she has always maintained her body. She has the body measurements of 34-25-38. Regarding her height, she is 5 feet 10 inch tall. She is very close to her sister, Mia Tyler, who is also an American actress. She has the net worth of $20 million.

You can be close to her by following her in Twitter and Instagram. Her hot bikini pictures are also available in the web. To know more about her biography, you can visit Wikipedia and IMDB.