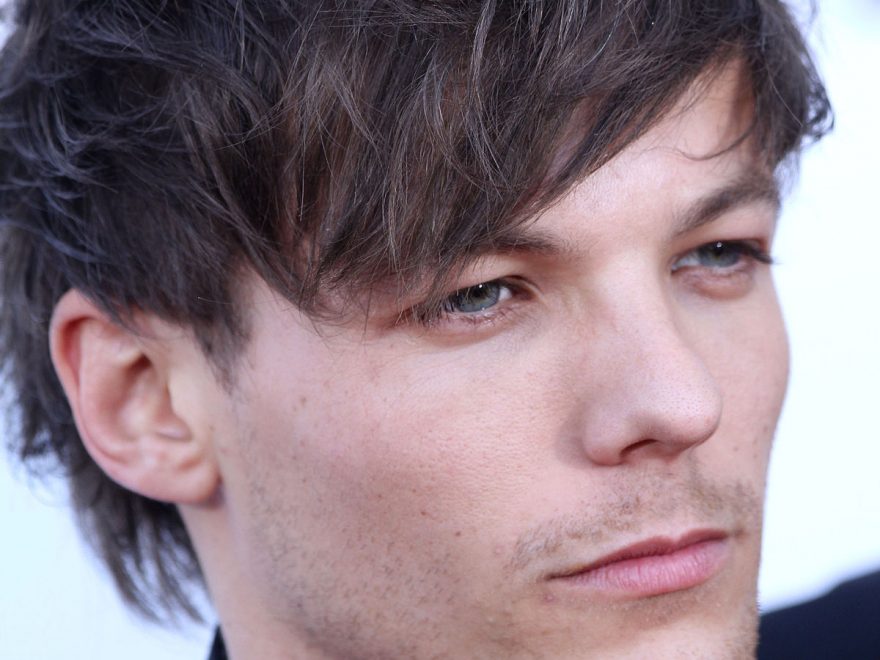 Louis William Tomlinson (born Louis Troy Austin) is an English pop singer-songwriter, footballer, and actor born in Doncaster, South Yorkshire England. His birthday is dated December 24, 1991 (age 22).  He is a member of One Direction along with Harry Styles, Liam Payne, Niall Horan, and Zayn Malik.

He is the oldest member of the group. Louis was born to Troy and Johanna. His parents get separated when he was young. When his mother remarried, he took on his stepfather Mark Tomlinson’s name.

He has five younger half-sisters and younger half-brothers by his mom: Charlotte, Felicite, twins Daisy and Phoebe, and twins Doris and Ernest. He has one younger half-sister by his father, Georgia. He was a sixth-form student at a state comprehensive school namely Hall Cross School and he is a former student of the Hayfield School. As a student of Hall Cross, Louis appeared in several musical productions.

He took the lead role of Danny Zuko in the Hall Cross musical productions of Grease motivated him to audition for The X Factor. Louis has a successful musical career. Tomlinson has enjoyed worldwide success as part of One Direction. Louis began his acting career by appearing in the ITV drama Fat Friends as an extra along with two of his siblings. After Fat Friends, he attended an acting school in Barnsley. He had small parts in an ITV drama film If I Had You and BBC’s Waterloo Road.

The international celeb Louis Tomlinson was followed by fake rumors and the rumor was, Is Louis Tomlinson gay?  He was connected with one of his band members Harry. Heartthrob Louis Tomlinson is pleading for an end to rumors that he and bandmate Harry Styles are, well, more than just friends.

This gay rumor occurred after tweeting giggle-inducing photos of them kissing – and offering tongue-in-cheek PDAs for the press.  In the beginning, this was just a matter of laugh but Tomlinson isn’t laughing now. What did Louis say about this issue? During an interview with Tumblr’s Storyboard, he revealed “This is a subject that was funny at first but now is hard to deal with, as I am in a relationship”.

Tomlinson went on to say that the gay whispers are even affecting his relationship with Styles.“I and Harry are best friends,” he said. “People look into our every move — it is affecting the way I and Harry are in public”.He added that his behavior with the 18-year-old isn’t unusual – it’s part of the One Direction course.

He further added-“We want to joke around, but there seems to be a different rumor every time we do anything,” he said. “I act the same way with Harry as I do any of the other boys.” Besides, Tomlinson adds, Calder has no reason to worry. “I’m a one-woman man with Eleanor,” he said. “I’m a very loyal boyfriend.”

Talking about Louis’s personal life, he dated Hannah Walker throughout his time on The X Factor. She attended Hall Cross Academy with Louis, and they met through the school’s production of Grease. They started dating on March 18, 2010.

They dated for about a year before breaking up in July 2011. After the breakup, both said on Twitter that they were still friends.  In 2011, he began dating college student Eleanor Calder, whom he met through his bandmate, Harry Styles. They celebrated their first anniversary on November 17, 2012. Currently, his girlfriend is Eleanor.

Louis has light brown hair that is usually messy; he has sea-green eyes and an amazing smile. He usually wears a blue and white striped tee with red pants and suspenders or “braces” which have become his trademark. He loves carrots and that is another one of his trademarks. He is known as the funny one in One Direction, he loves to make his bandmates smile. This cute guy is not very tall.

He has an average height of 5 ft 9 in or 175 cm and weighs about 71 kg or 157 lbs. Speaking to The Daily Star, the official spokesman of Louis’ bum, Harry Styles, revealed that the One Direction singer has insured his bum for £100,000. Louis has insured his bum just like J-Lo. His shirtless pictures can be found on the internet. Louis Tomlinson was also seen smoking one of the cigarettes