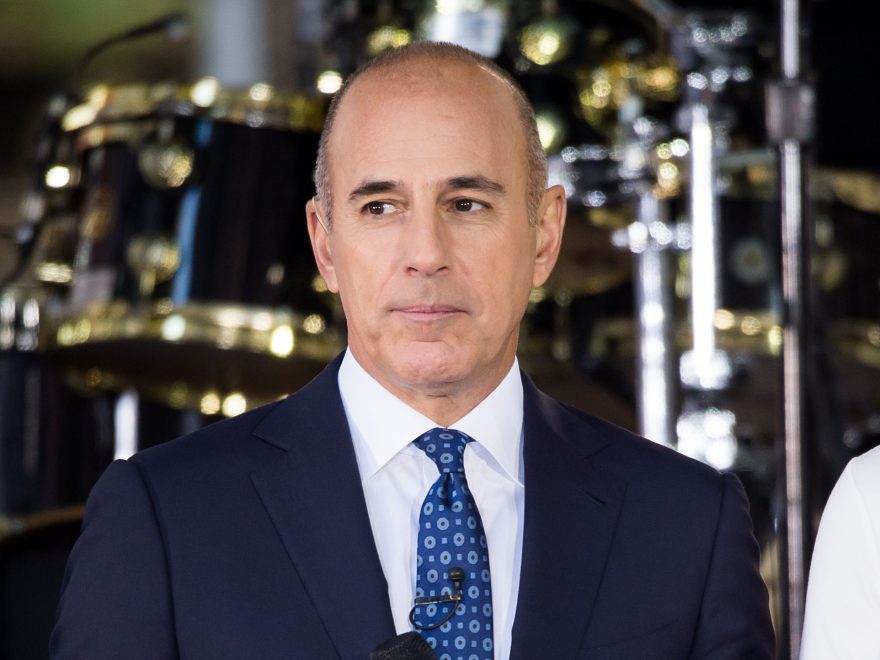 An American T.V correspondent, Matt Lauer is best known for his contribution as a media presenter on NBC’s ‘The Today Show and has been voted as one of the 50 Most Beautiful People in the World by “People” magazine. The 56-year-old, father of three children, Matt Lauer has accumulated a net worth of 60 million dollar during his career. He has worked in several shows such as Dateline NBC, news anchor for The Today Show, anchor for WNBC in New York City, PM Magazine, and also worked as a sideline reporter for ESPN. In the year 1980, Matt made a presence for HBO Entertainment News as hosted segments and was able to do talk-show at the local level in Philadelphia, Boston, Providence, and Richmond. He firmly holds the status of a good journalist in public figure with some astonishing challenges that he tackled during the America-Iraq war. Lauer first married Nancy Alspaugh, who was a television producer during that age, he used to often go for dating with Nancy and their relationship last only for seven years. The couple decided to separate and both got divorced in 1988. But, that didn’t matter to him he welcome his girlfriend as a life partner after a long affair, they both decided to get married and her name is Annette Roque. Matt’s wife gave birth to three children; Jack Matthew, Romy, and Thijs (sounds like “Tice”), so altogether they have five members in the family. Still, there is a massive rumor that has flourished in the media about an affair between Matt Lauer and Natalie Morales; who is working on NBC News on the Today show along with Matt and it has been said that while they were covering for the winter Olympics, they were often seen to have affair with each other. Matt Lauer is a graduate student of the school of Media Arts and Studies of Ohio University at the age of 39, he received an undergraduate degree and formally left the University to pursue television career in the year 1979. He then started to do it from ground level, he made debut as an on-air reporter for the 12 o’clock news for WOWK-TV in Huntington, West Virginia. He got opportunity to move across the nation, exploring new places and its surroundings brought him more closely to the nature and wildlife. Gradually, he started to make his presence on the bigger platform such as he hosted for PM Magazine in Providence, also worked for New York that lasted for fifteen week broadcast in the station and worked for ESPN in the 1980s on the show “Talk of the Town”. During his time working in NBC Today, nine of the staffs were fired because of which Matt rejects to take Pay Cut to avoid the layoffs, which he was earlier signed in the contract of $25 million of the salary and now he is leaving today show. Halloween Costumes competition prevailed every year which was organized by the Today Show; during the program Matt Lauer wears an iconic form-fitting Red Swimsuit and completed his Halloween costume with a makeshift tan and long blonde wig around his head 5 feet and 11 inches tall in height, Matt is considered to be one of the most influential person who has attributes of encouraging other in the media industry and has won Daytime Emmy Award for Outstanding Special Class Program. We can get lots of information from wiki and for biography we can simply go to IMDb site. He updates his latest pictures and information in the social networking site such as twitter and keeps in touch with his fans and circles.