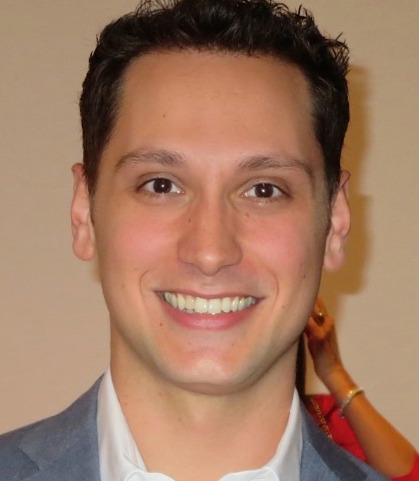 An American Actor, Matt McGorry (Birth name Matthew “Matt” McGorry) was born on April 12, 1986 in Manthattan, New York, U.S. Comprising of versatile skills in representing the quality to express emotionally as John Bennett in the comedy drama series Orange is the New Black has earned him to be in the Limelight as a Hollywood celebrity.

Similarly, his outstanding role in the TV shows including ABC’s ‘How to Get Away with Murder’ has given him a new level of opportunity and platform to get expose in various ways? McGorry has also made presence in the movies including ‘Thursday’, ‘Ratter’, ‘Public Morals’, ‘How He Fell in Love’ and many more. Still, the media agency has not been able to disclose his actual net worth but, it is sure that he is a establish actor in the Hollywood industry.

With American Nationality, McGorry’s childhood was very interesting, since, he is born and raised in the busiest city in Manhattan, New York City, at the age of 9; he got the opportunity to demonstrate his early stage performance.

From his early childhood, he got love, care and support from his parents who were of Scottish and Irish ethnicity. McGorry joined Fiorello H. LaGuardia High School then he moved to Emerson College in Boston, Massachusetts from where he got his graduation. His immense interest towards bodybuilding gave him good physic and structure, which is indeed a demand for a star to boost their popularity.

Though, we only know limited information about his early career in the TV shows, but it seems that it was not easy for him, he faced lots of obstacles and obligations during the entry in the media industry. However, his debut in One Life to Live which is a ABC daytime soap opera helped him to generate confidence.

Following his successful entry, he remained to be mark up by the news agency, he later than appeared in small guest starring roles, which includes Royal Pains and Person of Interest. Similarly, his outstanding role as Corrections Officer John Bennett in drama series ‘Orange is the New Black’ was highly praised by the critics and the public.

Likewise, in the drama series ‘How to Get Away with Murder’ his role was more of bold character and he was also cast in ‘How He Fell in Love’. Mostly, his influence to his public interest goes to his tv shows comprising of many series with its duration being to lengthy and time consuming.

In regards with his personal life, he seems to be more introvert guy who doesn’t like to expose his personal relationship with anybody nor even to media agency. McGorry is deeply moved by the thought upon the privacy rights, since there is limited information about his affair and dating.

Celebrating his 28th birthday, McGorry’s physic is similar to other celebrities with admirable height and he seems to be tall body builder with heavy weight. Most of the McGorry’s pictures is viral in the media especially his shirtless images showing his extra muscles and muscular leg.

He has got number of fansite and we can find his biography in wiki and IMDb. He also likes to keep in touch with his fans through social networking sites such as Instagram, Facebook and twitter.

Matt McGorry was born in . Matt McGorry is Actor by profession, find out mroe facts, education, weight, and more.