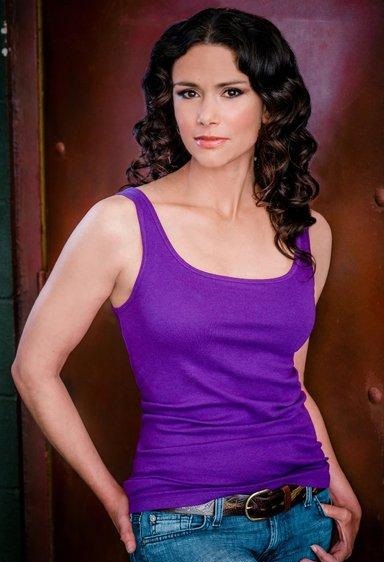 Best known for the role of Melissa McCall from Teen Welf and also for Karen on The Walking Dead, American actress, Melissa Ponzio, has already proved herself as one of the capable actors in the film industry. She was born on August 3, 1972, in New York City. She has been active in this field since 1999 and she is actively involved now.

She started her career when she appeared in a supporting guest role in many television series. Some of them are “One Tree Hill”, “Dawson’s Creek”, “Surface”, “Drop Dead Diva”, “The Gates”, “The Following” and “Banshee”. These roles which she had played in the late 1990s have allowed her to make impression on viewers.

In this case, she has proved and become even more popular. She has also appeared in the films such as “The Greenskeeper”, “Life As We Know It” and “Upside”. She has done the role of Angie in the television series “Army Wives”. She acted on it from 2007 to 2009. She is a crew member of Teen Wolf which is an MTV teen series from 2011 to the present day. In 2013, she did the role of Karen in “The Walking Dead”.

She is a tall lady with a height of 5 feet 6 inches. She is always ready to get entertainment and also loves dogs very much. She is also the co-owner of The Good Inc. she loves to eat pizza and she also likes to play with little children. Though she has played many roles as a faithful wife and got a loving husband, that could not happen in real life.

She got married at a young age to her high school boyfriend. As she thought that it was real love, she blindly accepted the marriage proposal. Their relationship deteriorates as time passes. She became pregnant at the age of 21. The couple had two children altogether. Because of many disagreements, they finally got divorced.

Their first child went to his father whereas she took the second one. She has given her full strength to raise her son. Though there have been many rumors and gossip about who she is dating, she has told that she is not in the mood to marry again. Many names were linked with her in the late 2000s and many thought that she has a boyfriend.

But these all proved wrong as she said that her son, Jessy Alfonso, is her life and she will not do anything to deteriorate his future. She also mentioned that though she has not gotten a divorce in the roles she has played, she doesn’t want to get divorce from time to time in real life.

At the age of 42, she still seemed to be very young and energetic. She is still involved in this field. She told that it is her passion and in the future as well, she will try to improve her career. She loves her kids very much and tries to become the best mother for them.

She has made her presence on social sites. She is popular on those sites as she has 206 thousand followers on Twitter alone. Her excellent body measurements and sexy legs have also emphasized her career. Due to her hardworking, she managed to earn a net worth of $32 million which made her one of the richest celebrities as well.

To find out more about Ponzio, you can visit the wiki. You can also view her hot and sexy bikini pictures on related sites. If you are a fan, you can also follow her on Twitter and Instagram.