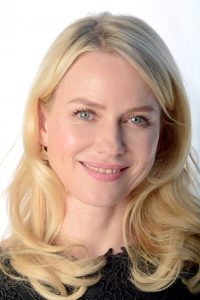 45 years old appealing British-Australian actress and film producer Naomi Watts has established herself as an industrious actress since 1980’s working within the American movie industry steadily till now. Her names now comes in the list of top Hollywood actresses because of her role in the famous American movies like Mulholland Drive, The ring, I hurt Huckabees, Eastern Promises, The International, Fair Game, J. Edgar, The Impossible , Movie 43 and Diana.

She joined Hollywood in 1993 with a small role in John Goodman’s film Matinee and since then, she is working within the industry steadily till now. But the year 2005-2008 were the most successful years of her career with her plausible acting in films like Ellie Parker, The ring two, 2005’s King Kong, The Lord of the Rings, The painted Veil, Inland Empire’s, Eastern promises and Funny Games. She is an actress praised by directors to film critics.

She is known as a confident, driven, and spiritual actress who always comes to a set with full of energy. Her upcoming movies St. Vincent de Van Nuys, Birdman and While We’re Young are in post-production process.

Drummer Nick Mason’s autobiography of the band Inside Out, hardback/soft cover edition has a picture of baby Watt’s in her mother arms with her father, brother, the band, and other crew members. Her father has toured with Pink Floyd as their road manager. Her parents got divorced when she was four years old and her father Peter Watts died because of heroin overdose when she was seven years old.

After her father death, it was her mother Myfanwy Edwards, a Welsh antiques dealer and costume and set designer who completely took care of Naomi and elder brother Ben until they grew up. The band Pink Floyd also collected some funds for her family to help them financially back then. Since 1990, her dating life has been pretty much occupied.

She dated director Stephen Hopkins in the 1990s and actor Heath Ledger from August 2002 to May 2004. Then for now, her boyfriend/partner is actor Liev Schreiber. They have two sons together. Naomi in an interview in 2010 said that she would happily make their kids number to 3 if she could guarantee a baby girl.

However, despite of the couple tremendous love, the couple didn’t get married until this long time probably because they were also focusing on their professional career and neither of them wanted to rush into marriage. But now both Naomi and her future husband Schreiber are near their late 40s. For that reason, maybe they will get married very soon.

Their banana-shaped body of hers gives her classic supermodel-like looks. She has a fit slim body with the height of five feet and five inches and breasts-waist-hip ratio of 33-25-34 inches which makes her smoking hot. Talking about smoking, Naomi developed nasty smoking habit when she was working on movie 21 Grams.

Before that she wasn’t a chain smoker but after getting along with chain-smokers Benicio Del Toro and SEAN PENN on the set of the movie, she enjoyed smoking and developed the habit. She in 2003 said that she is considering quitting her smoking habit. After all this years, she may have reduced her smoking habit but the problem is the enjoyment she finds while smoking. Just a year back, Liev and Naomi were celebrating her 42nd birthday around New York Soho area in a restaurant.

They were seen hugging and giggling with each other while smoking cigarettes out the back of the restaurant. Moreover, the famous actress has posed for many famous magazines like Allure, GQ, Vogue, Vanity Fair, and many more.

One of the 2002’s People “Magazine’s 50 Most Beautiful People”, Naomi is popular for her red carpet appearance especially for her classic looks and her beautiful long blonde hair.

Her long wavy casual, medium straight casual, long wavy formal, medium wavy formal, and other many hairstyles are very much popular. Many people prefer her hairstyles patterns because they are easy to follow up.  Her pictures have gone viral on the internet and many of her fans have created many fansites of her and they almost like worship her there.

She is not only talented actress but a good human being as well. In fact she is a goodwill ambassador for Joint United Nations Programme on HIV/AIDS. She has also helped to raise money to help victims of the 2010 Haiti earthquake.