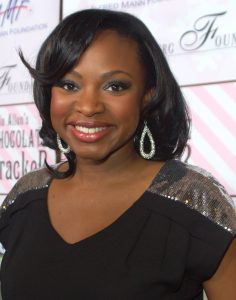 Naturi Cora Maria Naughton who was born on 20th May 1984 is an American singer-songwriter, rapper, and actress. The Daughter of Brenda a part-time paralegal, and Ezra Naughton, a retired accountant was raised in East Orange, New Jersey, USA.

Like a lot of young vocalists, Naturi Naughton started honing her skills in the church choir, singing with the congregation from the time she was five years old. Attending a Catholic high school in her home state of New Jersey, Naughton went on to study political science at Seton Hall University.

At the age of 15, Naturi Naughton formed the group 3LW with two friends from the school (Adrienne Bailon and Kiely Williams) and soon released her single “No More (Baby I’m Do Right)”.

The group debut their album on December 5, 2000, and it went platinum-selling 1.3 million copies in the U.S. In the summer of 2001, the group went on the MTV TRL tour along with Destiny’s Child, Dream, Nelly, Eve, and Jessica Simpson.

She is best known for her performance as “Lil Kim” in Fox Searchlight’s hit movie “notorious”. In this movie, there was controversy regarding her role and scene in the movie.

Everyone’s been super positive and supportive saying how great of a job I did. So, I try not to focus on the negative, and when people say negative things, I have to let that go in and let it come right out because I worked so hard for that part and put so much into playing Lil’ Kim it’s not even funny”.

Naughton continues saying, “So, I’m hoping when she sees it because I heard she hasn’t even seen the movie yet, it’s better to make the opinion when you’ve seen the whole film. But, regardless of that I did my part and I know I did it well, so I’m not afraid to say that, regardless of what anyone has to say.”

Her role is in MGM’s remake of the classic movie of “Fame”. Naturi Naughton has starred in various other movies such as Lottery Ticket, The Playboy Club, Mad Men, and The Client List. She has also appeared on Broadway in the Tony Award-winning musical, “Hairspray” for 3 years.

Naturi Naughton is currently single. She has been in a relationship with Jamal Woolard (an actor) and with Boog (Singer). Their relationships with her two boyfriends were averaging approximately 3.3 years each. She has never been married yet.

Naturi Naughton (@naturinaughton) joined the social networking site Twitter in June 2009. Naughton’s sexy and hot pictures are available on the web and are one of the most searched. At the height of 5 feet 3 inches tall and weight of 112 lbs. or 51 kg. Naughton looks hot and sexy with her beautiful and long legs.

Naughton’s measurement is 34-24-34 (75-60-75). She maintains a properly balanced diet and is conscious about her health and figure. She has not gone through any plastic surgery but there is a rumor in the industry as well as on the web that she has done her breasts surgery but Wikipedia does not show any of the information.

Naughton doesn’t have any immediate plans to return to music, but she just might return to the silver screen — in superhero form! Said to be close to inking a deal to appear alongside Hugh Jackman in the sequel to X-Men Origins, The Wolverine, Naughton won’t confirm a deal but is just happy with the buzz.

She was greatly inspired by Whitney Houston as a child and knew by the age of 5 that she wanted to be a singer and an actress. She is a rising star in the Film/TV community who values hard work and perseverance.