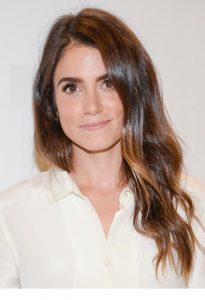 Well known American film and television actress Nikki Reed was born in May 17, 1988. She is not only an actress but is also a model, screen-writer and song writer. Reed was born to a beautician mother Cheryl Houston and a set designer father Seth Reed in West Los Angeles, California. She was raised by her Italian decent mother after getting divorced with her Jewish father. She says her early home life was complicated where she was raised without any religion. At the age of fourteen, she moved from her mother’s house and started living on her own. Since 2002, she started to live in the apartments alone in the Los Angles. She attended Alexander Hamilton High School situated in Los Angeles. After a year, she dropped the school and earned a high school diploma through homeschooling.

Vegetarian actress Reed began is a career oriented actress. She is a hard working person who began her career since very early days. She worked on the script for the semi-autobiographical film Thirteen with her mother’s friend Catherine Hardwicke which was her breakthrough in this field. She also expressed her interest in acting. Soon after completing the script, and she appeared in a film. Then she appeared in The Ellen DeGeneres Show and many other awards like Independent Spirit Awards Nomination Show, Young Hollywood Awards (2003) and West Independent Spirits Awards. She was very much praised by her work in Lords of Dogtown which was released in the year 2007.In 2006, she was seen on the series The O.C., playing Sadie. In the meantime, she appeared in Twilight. Twilight help her a lot to gain much more name and fame. In Mini’s First Time, she had a lead role. Between the 1960s and the 1980s, she wrote a script set in New Zealand. On February 12, 2008, she appeared in the film adaption of Twilight as Rosalie Hale. Reed directed a music video in London for her friend Sage in November 2009. She also directed a music video for the independent rock band 100 Monkeys. Reed also joined action-drama Catch .44 in July 2010 alongside Forest Whitaker, Bruce Willis and Malin Akerman. In November 2010, it was said that she will appear in Downers Grove with Hayden Panettiere. It was announced that Reed will join the cast of Pawn. In July 2013, she joined the cast of sports comedy Intramural.

In March 2011, at the premiere of Red Riding Hood, Reed met a singer-songwriter and season 10 American Idol contestants, Paul McDonald. Then they started dating each other and got engaged in in June 2011. She was married to her boyfriend on October 16, 2011. In May 2014, Reed announced that she is divorced with her husband McDonald. She also has sung a song Now That I’ve Found You with her former husband. They have another popular song named All I’ve Ever Needed in The Twilight Saga: Breaking Dawn – Part 2 soundtrack starring Robert Pattinson.

She is followed in the internet; wiki and instagram where her fans make numerous searches on her. The searches include the topics like smoking, dating, weight loss, affairs, jewelry and biography.