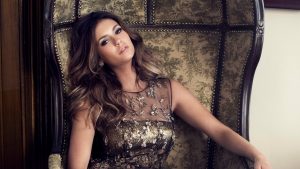 “Looking back on high school, I just remember specific scenarios and thinking, wow, that was such a big deal at the time, but right now it feels like it never even happened. So I guess if I can give any advice, I would just say that everything will pass, and it’ll feel like it was a big deal over nothing. Life goes on and then you change and other things happen, and everything feels like it’s so much worse afterwards. It’ll always get better.”

Popular for her acting as Elena Gilbert in the TV series “Vampire Diaries”, Nina Dobrev has already proved herself as a capable actress in this field. She was born in 9th of January, 1989 in Sofia, Bulgaria. Her birth name was Nikolina Konstantinova Dobreva. She is a Bulgarian- Canadian actress as well as a model.

She moved to the Canada at the age of two. Because of this reason, she is fluent in both English and Bulgarian. In her school days, she is the best performer of both ballet and the jazz. She has also attended the gymnastic classes. Though she majored in sociology in the university, she made her career in the acting field.

She has started her career from 2006 when she appeared for the first time in “Degrassi: The Next Generation” as Mia Jones. After this TV series, she got large number of offers from both televisions as well as from the movies. In 2006, she appeared in two movies “Away from Her” and “Playing House”. Her popularity increased when she was accepted in the crew member of “Vampire Diaries”. She is playing the role of Elena Gilbert in this TV-series.

Despite of the fact that her popularity has increased from her acting capabilities, we should not forget that many of her viewers are also fond of her hot and sexy body. She has an excellent body measurements of 33-24-33. This gorgeous beauty is 5 feet 6 inch tall and weighs 55 kg. she has the trademark of dark brown hair color and eye color. She is also an yoga fan and attends yoga classes for 3 to 4 times a week. Yoga has become a part of her life and it has made her healthy and fit.

Though she is only 25 years of age, she has already in the height of success. She enjoys on playing rock band and like water sports such as surfing, scuba diving, wakeboardingg and swimming. She also likes to make jewellery and is planning to open her own jewellery line in near future. She was also voted as #44 in FHM Australia’s Top 100 Sexies Women in the World in 2011.

She was dating with her co-star of Vampire Diaries, Ian Somerhalder, from 2010 to 2013. Then, derek Hough became her boyfriend for 4 months. Currently, she is having an affair with Australian actor, Liam Hemsworth. They have been spotted in a Corner Tavern bar. Dobrev is in no hurry to get married and also has not attempted to think about her future husband. Though she is not afraid of divorce, she wants the long lasting relationship.

There has also been some rumor that she is pregnant with the baby of Ian Somerhalder. But this rumor has not sufficient evidence to prove it. She has also appeared in different tv shows. She has also been contradicted from her makeup and smoking several times. She has time and again made the weight loss for her performances in the tv series.

She is actively present in twitter as well as Instagram. This gorgeous girl has the net worth of $6 million. To view her sext legs and bikini pictures, you can visit the web for more information about her biography and her wikis, you can always rely on us.