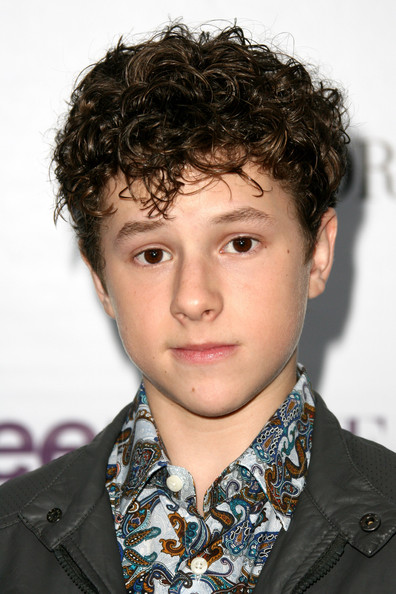 An American child artist Nolan Gould was born on October 28, 1998, in New York City, New York. His zodiac sign is Scorpio. He was born to Angela Gould (mother) and Edwin Gould (father).

He moved with his parents shortly after his birth, because of his father’s military career to Phenix City Alabama. He has English, French, and German ancestry.

Gould is a member of the largest and oldest high-iq society in the world known as mensa. This non-profit organization is opened to highly intelligent people who score at the 98th percentile or higher on a standardized, supervised iq or other approved intelligence test.

During an appearance on The ellen DeGeneres Show, he announced that he has an iq of 150 at the age of 13.  He had accelerated ten grades in school as of 2013.

At the age of 13, he graduated from high school by taking a General Educational Development (GED) Test and said he hopes to take online college courses. Gould has trained with Patrick Malone and Lisa Picotte for years, focusing on scene study, cold reading and improves.

This multitalented star began acting and modeling at 3 years old, following his brother, Aidan, into the business. Nolan Gould broke into Hollywood by appearing commercials and short films before ascending to screen. He made his film debut in the 2006 short The McPassion.  He acted on “Eleventh Hour” series in 2008/09.

Also, he was featured in “Space Bussied” in 2009. His breakthrough came as Luke Dunphy, youngest child and son of Claire (Julie Bowen) and Phil (Ty Burrell) on the “Modern Family” (ABC, 2009-). For this he has twice won a Screen Actor’s Guild Award for Best Ensemble in a Comedy Series.

Other television credits for him include Sweet Nothing in My Ear, America’s Most Wanted, Good Luck Chuck, Out of Jimmy’s Head, and R.L. Stine’s The Haunting Hour. During 2009, Gould appeared in commercials for The Hartford.

Gould won a few Young Artist Awards as well as a Young Hollywood Award and, along with his cast mates. He also shared several Screen Actors Guild Awards for Outstanding Performance by an Ensemble. In 2011, he had also landed in a small role in the big screen comedy “Friends with Benefits”.

This cute certified genius is 5′ 3″ (1.6 m) tall in height. Nolan has an extensive Hot Wheels collection. He is interested in singing and playing musical instruments. He received his first banjo after going on The ellen Degeneres Show, and as a result, started playing instruments such as the didgeridoo and mandolin.

When he went on the show a second time, he said he was thinking of either buying a Theremin or a sitar. ellen then gave him a star. In an interview with Jimmy Kimmel on his late night show, Ariel Winter said that she is the oldest of the kids in the show, which she is age wise being born in January 1998 and Nolan in October but Nolan is two grades ahead of Ariel.

This American child actor has a net worth of $1.5 million. Nolan Gould has earned his net worth (salary) from his starring role as Luke Dunphy, on Modern Family. He is a famous earning celebrity of Columbus. He’s not jewish, just has curly hair and a jewish name.

Nolan Gould was born in America . Nolan Gould is Actor by profession, find out mroe facts, education, weight, and more.