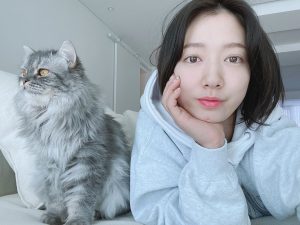 South Korean Mega actress/singer/dancer, Park Shin Hye started earning fame and money since she was in her teen days. Her fist role in television became so popular that the younger version of the character Han Jung-Suh which she played in the popular Korean drama Stairway to Heaven still floats around the fans mind.

Her leading roles in the television drama ‘You’re Beautiful’ (2009), Flower Boys Next Door (2013), and The Heirs (2013) included her name in the top young celebrities list of Korea regarding success and financial gain.

Born on February 18, 1990, she has established herself as a youth sensation in Korea leading to thousands of searches on the internet about her relationship status.

However, her onscreen romance with fellow actors seems so real that people have grown tendency to attach her name with every male personality with whom she works with on-screen. But officially speaking, she doesn’t have a boyfriend yet.

Most notable rumors of hers are with high-profile personalities in Korea like Jung Yong Hwa, Lee Min Ho, Yoon Si Yoon, Lee Seung Gi and Jung Yonghwa. However, she has applied denial strategy to every possible rising rumor about her dating life and affairs.

Many magazines and website have regarded her as one of the top 10 beautiful women in the world. Her denial to raising rumors on her personal life is for a reason. She is just 26 years old of age.

Therefore, she would definitely give priority to her professional career than her personal dating life. But it doesn’t mean she hates dating or getting married.

However, even she dates someone; she wouldn’t disclose that in the media. One surprising fact is that, she wanted to get married by the end of 2013 and because that couldn’t’ happen, she now has chosen to get married before getting 30.

In fact, she has had a wedding experience by herself in 2009 in which she was married to her dashing husband, Jang Geun Seok.

However, the wedding was between their roles of the television drama “You are beautiful.” Their chemistry is so popular that many people actually think they are made for each other but in fact, they are not dating as well.

Many people don’t know that Park in the past had considered going for plastic surgery because of people calling her stumpy nose ugly. But later she understanding the own natural look, she canceled her plans to get a nose job.

It’s not a mystery that she is an example of multi-talented natural beauty and one of the great Korean actresses of her generation plus she is into sports and well behaved.

With roles in more than two dozen Korean television drama, half dozen Korean movies like Evil Twin and The Tailors (2014), she has already shown her acting abilities to the public.

Moreover, she has also made a name in the Korean discography with numerous hit songs like “Lovely day,” “I think of you” and “Arm Pillow (2014)”. Not only that, she has appeared on a couple of popular documentaries like “Stop Hunger” but also has appeared in many other famous Korean shows as a guest.

She is quite popular on Twitter as well, as millions of fans follow her there. She has been promoting her songs and shows on Twitter. Therefore, one can keep in touch with her via Twitter.

The gorgeous actress has won numerous awards for “Best Child Actress,” “Best new actress” Best supporting actress” to “Top 10 stars” and “most famous actress.” Detailed information about her work achievements and awards can be viewed via Wikipedia.