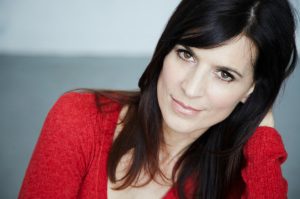 Born in New York City and grown up in the country side of New Hampshire, Perrey Reeves has been one of the popular American television and film actresses. She was born in 30th of November, 1970. She has played various roles in different movies and her interests are very much diverse like those in the roles. She was interested in drama studies from her early childhood resulting her to choose her profession and career as acting. She is the vegetarian and she has practiced yoga for over a decade. She said that she meditate to find mental and physical balance in her body.

She has been active in film industry from 1989. Till today, she has been making her presence from different medium. She has been engaged in HBO comedy series from 2004. She has played the role of Ari Gold’s wife in “Entourage”. She has also appeared in Rules of Engagement in 2009. Her notable roles can be included as “Marrisa” in the film Old School, “Lessie” in the film Mr. and Mrs. Smith. She has also got opportunity to play in the parts of comedy political series such as American Dreamz, The X Files, Escape to Witch Mountain and Kicking and Screaming. She is also starred in the horror mo0vie called “Child’s Play 3”.

With the tall figure of 5 feet 5 ½ inch, she has the body measurements of 32-26-34. Her dark brown eye can captivate anyone. She is known for her sexy legs and the hot body. At the age of 43 also, she is not seem to be any older. With respect to her height, her weight is also perfectly matched, i.e. 56 kg. With the net worth of $3 million, she is categorized as the rich celebrities and actor in this field.

News has been heard that she has been dating with many actors. She had an affair with David Duchovny from 1993 to 1995. From then, her name is linked with many others which include Nathan Fillion as well. Perrey and her boyfriend are seen in many public places from 2005 to 2009. Though she has dated so many, she did not have any intention to get married. She has been searching for the right person to become her husband. The boyfriend she has made till today has not qualified according to her perspectives. She also commented that she has not been able to get married because of the fear of choosing the wrong guy and ultimately end with the result of divorce.

She is living with her longtime partner, Jeff Gossett currently. She has often referred him as her husband as well but she has also clearly mentioned that they will never tie the knot. Recently, she has been seen wearing the engagement ring in the shopping mall. It can be only rumors as well. But the fans who are following her in twitter have commented that it would be nice for her to marry to the one she loves. She divides her time to donate in The International Fund for Animal Welfare and has hobby to live with many furry creatures.

She has the large number of followers in twitter and Instagram. Her detail biography can be found in wiki and other related internet sources. Her fans can also follow her in twitter. Her bikini pictures can also be found at these sites.