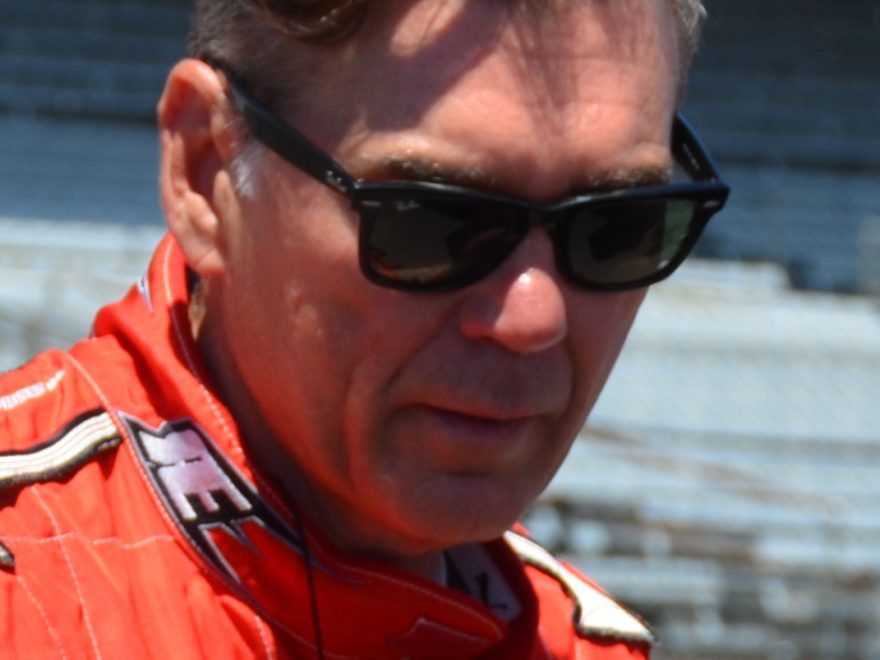 Ray Evernham was born in Hazlet ,New Jersey on 26 August 1957. He was fascinated by automobiles as a child and started racing modifieds at the age of fourteen. His technical skill was more impressive than his driving abilities.

Driven by a passion for automobiles, Ray Evernham started working on short track race cars at the age of 15, and he never looked back. Since then, he has designed, built and driven several different types of race cars. He is also an American consultant for Hendrick companies. He is a former modified car racer having been hired by the International Racer of Champions (IROC) as a chassis specialist in 1991.

Drivers were impressed that he could translate what they were saying about the cars handling into technological adjustments. In 1999, Evernham won the NASCAR Winston Cup and also illustrated as “Person of the year’. However, he has been crashed out and damaged his brain stem, which left depth perception impairment. His drive to succeed in motorsports has created opportunities in both the auto racing and technology industries.

The experience taught Evernham, as team manager, the value of team success and priceless lessons in the business of racing. In 1993, Evernham was offered the opportunity to team with, up and coming driver, Jeff Gordon as his crew chief at Hendrick Motorsports, where he would impact the sport at NASCAR’s highest level of competition.

Evernham seized his opportunity at Hendrick Motorsports, revolutionizing the crew chief role, as a leader of the rainbow warriors in the 1990’s.During his tenure with Gordon, he earned three championships and 47 wins in 216 starts, including two Daytona 500 victories and the inaugural Brickyard 400. His success earned him crew chief of the decade honours in 2000, and his innovative work with pit crews continues to set the performance standard.

His thum print also remains on engineering systems used throughout the industry. Evernham left Hendrick Motorsports and Gordon in 1999, to form his own team, Evernham Motorsports, which in 2000 announced Bill Elliott would drive for him as well as Casey Atwood. The team would also be the cornerstone for Dodge’s return to Winston Cup racing in 2001.

In 2000, Evernham’s quest for personal growth and challenge drove him to take the ultimate-risk team ownership. Relying on his own unique experiences as driver and leader, along with his self-prescribed “20 points for success,” his goal was not only to build a championship caliber race team but a performance and technology based organization to transform the industry.

On August 6, 2007, it was announced that George N.Gillet, Jr. had purchased a majority share in the team, and that the name has been changed to Gillet Evernham motorsports. The transaction was similar to the creation of Roush Fenway racing.

On January 9, 2009, GEM then completed a merger with Petty enterprises and brought the team’s famous #43 car into the fold. Owner George N. Gillett, Jr. told reporters that the team would change the names to reflect the merger with Richard Petty Motorsports or Gillett Petty motorsports being two of the potential names. The team finally decided on the former name on January 19, 2009. Late in the 2009 season, RPM announced it was to merge with Yates racing. In laste 2010, Evernham sold his remaining share in the operation.

Evernham started working for NASCAR driver Alan Kulwicki at the end of 1991. Their personalities clashed, and Evernham stayed with Kulwicki for six weeks before quitting at Daytona. As he was walking out of the garage area and NASCAR, Ford engineers Lee Morse and Preston Miller stopped him. They had worked directly with the Ford teams, including Kulwicki’s, and they were impressed with Evernham.

They suggested that Ford might find Evernham another assignment outside of NASCAR’s top divison. Jeff Gordon has just become a Ford driver and he had mentioned that he would like to work with Evernham again.

The two had worked briefly together in 1990, when Evernham have worked on some chassis setups for Gordon’s Pontiac team. Evernham thought back to that brief time with Gordon, remembering. “From the first day we ever worked together, boom! We hit it off. We had fun, we did well, he was what i wanted, and I was what he wanted.

Gordon’s owner, Bill Davis racing, did not want to hire Evernham for their NASCAR Busch series team. “Bill Davis didn’t want me,” Evernham later recalled. “But Ford paid my salary to go and work for Bill Davis, because Jeff wanted me so badly.”

Evernham remained the crew chief for Gordon after he moved up into the Winston cup from the final race of the 1992 season to 1999. Gordon and Evernham won 47 cup races, 3 cup championships (1995, 1997, 1998) and were the dominant team in NASCAR cup competition at the time.

Teamed up with Daimler Chrysler performance brand dodge, Evernham spearheaded the unproven manufacturer’s re-entry to NASCAR racing from start to finish. In less than 500 days, Evernham motorsports was a reality. A historic Daytona 500 pole at the team’s 2001 debut set the tone for the organization with Bill Elliott behind the wheel.

While working, Evernham developed a closed relationship with a development driver by the name of erin crocker while he was still married. He had divorce his wife and married Erin in August of 2009 in Las Vegas. Evernham and erin crocker eventually were married at a private ceremony.

Ray Evernham has dipped into television several times as an analyst. He has worked three separate stints for ESPN/ABC in 2000, 2008-2010, and 2012-2013. He worked as an announcer of both race coverage and studio coverage at various points. He also worked as a show host for AmeriCARNA on velocity channel.

In 2006, the media voted Evernham the greatest crew chief of all time. An honor Evernham believes to be his highest recognition to date. Evernham motorsports blazed a new trail in performance by creating an environment where technology and racing are co-dependent. He has set a new standard in the industry beyond the race track.

His journey may have started as a driver with an impassionate desire to succeed, but it has been his ability to take calculated risks and passion for leading edge performance that continues to put Ray Evernham in the winner’s circle.

Ray Evernham was born in . Ray Evernham is by profession, find out mroe facts, education, weight, and more.