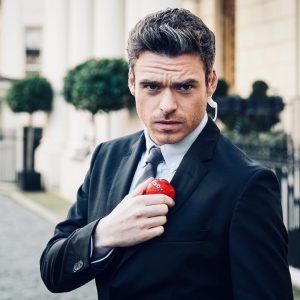 “I just think of myself as an upstart who is trying to get better at what I do.”

Richard Madden is a Scottish actor who is best known for his role in “Game of Thrones” as Robb Stark. He was born in 18th of June, 1986 in Elderslie, Renfrewshire. He is popularly known for stage acting. Though his parents have no background of the acting field, he was interested in it from his early age. As he was shy in his childhood, their parents enrolled him in Centre’s youth theatre program. At the age of 14, he started his career from the role of Andy in “Complicity”.

He has worked in many TV shows as well as movies in this period. He is more popular from his roles in the TV series than from the movies. He played the role of Ripley in the movie “Chatroom” in 2010. Lately, he has been working in the movies such as “Cinderella” and “Bastille Day”. In “Cinderella”, we can see him as Prince Charming which will be released in early 2015. In case of TV series, he made his debut from “Barmy Aunt Boomerang” in 1999.

There, he portrayed the role of Sebastian Simpkins. Tough he appeared in many TV series after that, his real success came when he got an offer to play the role of Robb Stark in the popular TV series “Game of Thrones” in 2011. He worked in this series for 3 years and got international recognition from this series. It is one of the most popular series watched by the youngsters in present context.

He also won Screen International Award for Star of Tomorrow in 2011 from his acting in this series. He was also nominated in Screen Award for Best Ensemble and Screen Actors Guild Award for Outstanding Performance by an Ensemble in a Drama Series.

His acting in “Sirens” as Ashley Greenwick was also well appreciated by the audience as well as the critics. Lately, he appeared in “Klondike” as Bill Haskell in 2014. He has also given his voice in the video games such as “Castlevania: Lord of the Shadow- Mirror of Fate” and “Castlevania: Lord of the Shadow 2” in the role of Alucard. He has also worked in the stage performances and has got much recognition from there as well. His performances in the stage have been appreciated by the audience. His unique way of presenting has always captivated many people towards him.

He is a tall guy with the height of 5 feet 10 inch and has the weight of 72 kg. He has just reached the age of 28. But he has proved himself as a capable actor in this acting field. He has got the bright future in days to come. He also told that he wants to do a lot for this industry. He is already popular among the youngsters and many wants to have the relationships with him. Though there are rumors about him that he is a gay, it has not been proved. He has been dating Jenna Coleman since 2011. His fans have also recommended him to marry her and said that they would be a nice couple together.

Though there is no official record of his net worth, it is estimated to be $45 million. If you are his fan, you can follow him through his social sites account in Facebook, twitter and Instagram. His shirtless pictures and other photos are available. You can find his full biography in Wikipedia and IMDB.