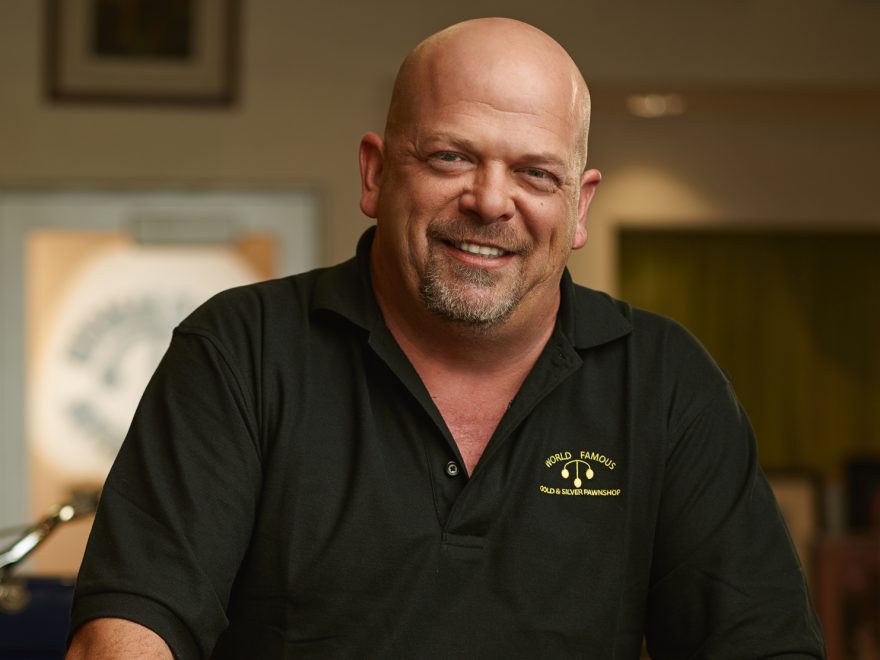 Richard Kevin “Rick” Harrison is a Las Vegas businessman and reality television personality, born on March 22, 1965, in Lexington, North Carolina, the U.S. he is the third child of Richard Benjamin and JoAnne Rhue Harrison. He spends his childhood with his siblings and parents in his hometown.

His childhood was difficult because he was a member of a family with many children. In 1967 his father transferred to San Diego, California, and the whole family also shifted with him because there was no possibility of staying alone.

From an early age, Harrison suffered from epileptic seizures, which took him up to bed and led to his lifelong love of reading. At that time he studied altos of books and collect the source of inspiration from the biography of different famous and successful people.

That he studied a book by John D. Fitzgerald named the great brain and impress a lot by the character of that novel. From his childhood, he was too smart to gain knowledge and implement them in his life. He faced a lot of up and down in his life and was quite unsuccessful in his personal life but successful in his profession. But all in all his biography teach us to become an honest and dedicated person so that we can get success in life in a short period.

He only suffered from poverty in his childhood but later on, he established his name as a successful and famous businessman in this competitive world. He and his father opened a  Gold & Silver Pawn Shop, which was less than 2 miles from the Las Vegas Strip. At that time he and his father were loaning about   $3 million annually which brought them the interest of $700,000.

Later on he started the business of sports items. The most brought item in his business was jewelry and it helps him to establish himself as a successful businessman in today’s competitive world. Now talking about his television career he started, when his shop was featured in the show Insomniac with Dave Attell in 2003.

There he worked as sharing the idea about pawn shop but it does not help him to become successful and famous. There he used to give information about silver dollar pawns Later on someone brings the idea of a reality show based on a pawn shop and approached Harrison. It helps him a lot to come in front of the stage and show his face to the public and it makes him a star in the .world and now he is living a very high profile.

He is not limited to pawn stars on tv shows and a successful businessman but also a good and famous writer too. He has published his first biography named License to Pawn: Deals, Steals, and My Life at the Gold & Silver, which was published on The New York Times Best Seller list on June 26, 2011.

Now talking about his details, facts, and physical appearance, his height is not mentioned anywhere so we cannot say how tall he is, but of course, say that his height suits his personality very well. He is very friendly in his behavior and smart to grab the opportunities. Despite of his old age, he is still energetic and active in his work.

He is an old buyer. Now he is planning for weight loss and making his personality more attractive. He is a married public figure. But quite unsuccessfully in his married life, he married twice and divorced twice in his life. It seems he is unstable in relationships. His first wife is Kim and his second wife is Tracy.

His net worth is $8 million and his pictures and information is published on the wiki and many other sites. Images of pawn stars’ locations are also available.