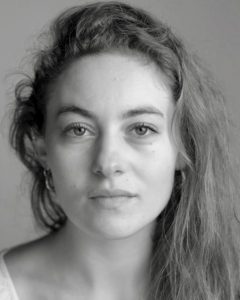 Ruby Ashbourne Serkis is an English actress. She played the lead role of Lucy in the film Lucy (2014) and has appeared in such films as American Honey (2016), Mowgli: Legend of the Jungle (2018), and playing Sheila Gish in Desert Dancer (2015).

Ruby was born on 17 December 1989, in Hammersmith, London, England UK, to Andy Serkis – an actor best known for his roles as Gollum from ‘The Lord of The Rings trilogy and Caesar from ‘Planet of The Apes’ franchise, and his wife Lorraine Ashbourne. Her father is of Polski-Jewish descent while her mother has English ancestry.