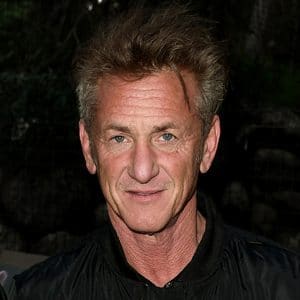 I can never get ahead of the game because of the movies I do. – Sean Penn Drawn the attention of media from his intense work and private life, Sean Penn has gone from strength to strength in his film career.

He is the son of actress Eileen Ryan and actor, director and writer Leo Penn. He is best known for playing deeply intense and sympathetic characters prone to violence. He is an actor, filmmaker, activist and politician. Handsome and charming Sean Penn was born in August 17, 1960, in Los Angeles County, California.

Starting his career in the early age of 14, he showed his potential in the television series “Little House on the Prairie”. He launched his film career in 1981. He also appeared in the hit comedy “Fast Times at Ridgemont High” in 1982. In 1985, he played the role of “Andrew Daulton Lee” in the movie “The Falcon and the Snowman. It was followed by an actual criminal case. Lee was a former drug dealer as well as convicted of espionage for the Soviet Union and sentenced for life imprisonment.

In 1990s, he became dissatisfied with the film industry and stopped acting for a few years. Because of his hard work, he was nominated for the Academy Award for Best Actor five times in which he has won the award twice. He was famous for both his comedy as well as serious acting.

He made his directing debut in 1991. He directed movie “The Indian Runner” based upon the “Highway Patrolman”. He has also directed several music videos. Since that time, he has directed three more movies which were well received by the critics.

Those are “The Crossing Guard” in 1995, “The Pledge” in 2001 and “Into the Wild” in 2007. He has also caught media’s attention because of his political life. He follows Democratic Party and has supported various political and social causes. He has criticized former President Bush for the military strike on Iraq. He also visited Iraq and Iran to protest Bush Administration’s plans.

In 2002, he placed an advertisement in the Washington Post asking President to end the cycle of violence. In 2005, he travels to aid the Hurricane Katrina victims. He is physically involved in rescuing people. He is also a supporter of same-sex marriage.  Because of this, many believed that he is gay. He got significant attention when he visited Pakistan in 2012. He was also trapped by many controversies such as the Defense of Hugo Chavez and the Falkland Islands controversy. He was seen dating with many girls in 1980s.

There was rumor that he was having an affair with Elizabeth McGovern, an actress. He became more famous when he got married with pop singer Madonna in 1985. They got divorce in 1989. Then, Robin Wright became his girlfriend and later his wife. They got two children. They got married in 1996. Because of the turbulence in their relationship, they also got divorce in 2010. There is gossip about his relation with Charlize Theron recently.

He is a tall guy with a height of 5 feet 8 inch. He is an avid surfer and also the 9th person to win 2 Academy Awards for Best Actor. He thanked his friends and family for his startling career. His brother was also an actor, Chris Penn, who was found dead in 2006. He has the net worth of $150 million.