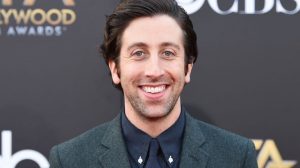 Born on December 9, 1980, Simon Helberg (birth name Simon Maxwell Helberg) is a Phenomenal American Actor and Comedian. Well-known for his remarkable performance in the tv shows ‘The Big Bang Theory’ as Howard Wolowitz has become inspirational legacy for many upcoming comedians who want to make career out of it. Helberg has portrayed himself in many other comedy series and tv movies including ‘MADtv’, ‘Dr Horrible’s Sing-Along Blog’ and many more.

In acting career, he represents his multi-dimensional talents with regards to his strong sense of humor; he is able influence the audience with his hilarious performance. The television shows ‘The Big Bang Theory’ gave him the platform to execute his skills in the field of comedy, which was widely accepted and recognized by the viewers in return he rewarded with Screen Actors Guild Award for his outstanding performance. Helberg who received highest honorary award has estimated net worth $ 4 million dollars recently from his ongoing career.

The son of actor and director, Helberg was brought up in Judaism culture, so, his ethnicity Jewish. During his early age, he joined Crossroads School situated in Santa Monica, California, however throughout that time family had a very conservative ideology but he wanted to reform that traditional ideology. When Helberg finished his schooling, he decides to pursue a career in the field of comedy arts, so, he moved to New York City and joined New York University’s Tisch School of the Arts.

Atlantic Theater Company was the main institution where he got opportunity to nourish his skills and ability in order to build up strong sense of humor.

Helberg’s entrance in the television shows became possible when he made debut starred in ‘Derek & Simon’ as a comedian Derek Waters. Following the success, immediately they made two short films of ‘Derek & Simon’s The Pity Card and A Bee and a Cigarette. After all, he also got job to cast of MADtv for one season and in return the company offered handsome salary.

During his early job he got chance to get interview with many other units and stars who were contributing for the seasons. In the same way, he appeared in the movie ‘A Cinderella Story’ starring with Hilary Duff and Chad Michael Murray. Gradually, he was man on demand in the industry and consistently, he served in films and tv shows including ‘Good Night and Good Luck’, ‘Walk Hard: The Dewey Cox Story’ and many more. Helberg was also featured in the film A Serious Man as a role of Junior Rabbi Scott Ginsler. Similarly, he also serve a minor role in ‘The Guild’ the season 4 finale and became a prominent to be known as one of the game Masters.

At present, he is busy playing phenomenal role as Howard Wolowitz in the CBS comedy series ‘The Big Bang Theory’.

Helberg is handsome young and talented guy with blue eye color and dark brown hair. With an average height of 5 feet and 6 inches tall, with weight of 59 kg displays his athletic body. His strong sense of humor during his stage performance has pull attention to many towards him. Although, the news that went viral in the media that he is dead was full of fake information.

Helberg married Jocelyn Towne, by profession his wife is an actress and the couple of two children in the family. It is really unpleasant to state him as a gay because he is already married and he is father of two kids.

Within a short span of time that he spent in acting career, he was able to be a successful actor and gain wide range of name and fame through his acting style. Many fans are following him in the social networking sites such as Facebook, Instagram and Twitter. Detail biography is found in the sites like Wikipedia and IMDB.