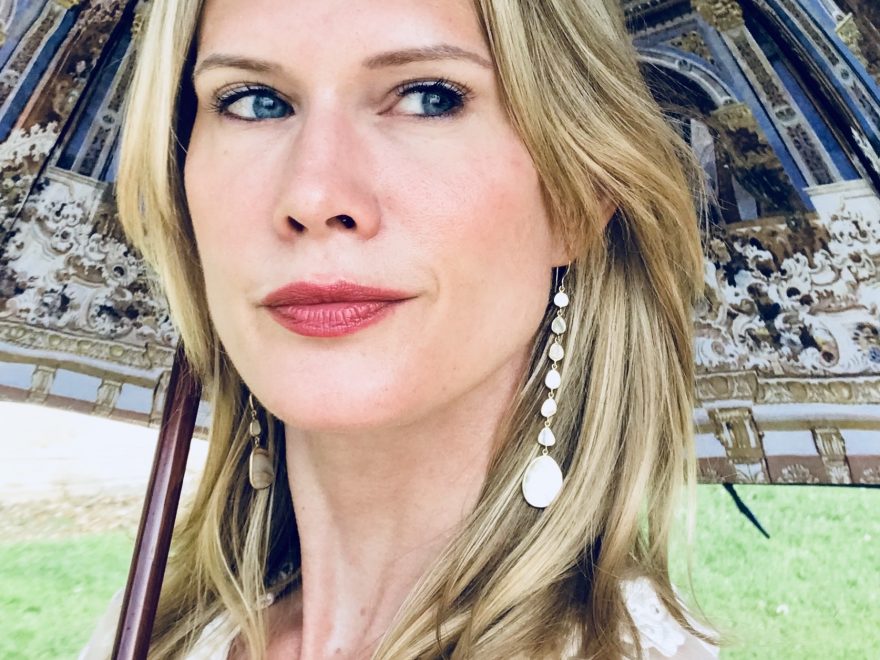 A tough and determined agent of the hit television series, Law and Order: Special Victims Unit and Conviction, Alexandra Cabot made millions of fans in the United States from 2000 to 2012. The role was portrayed by progressing actress, Stephanie Carolina March, 39, who is an activist in real life.

Bachelor of Arts graduate in Theater and Hispanic Studies from Northwestern University, March is well-known for her consoling and perspicacious representation of various female roles in the movies and television series she has worked for. She doesn’t like to cook but she likes to eat a lot. Her favorite dish is biscuits and gravy and she has German, Dutch, Irish, and English ancestry.

Stephanie and Robert William “Bobby” Flay are happily married together and Stephanie often says so. But, Bobby is often nicknamed as “Tiger Woods of Restaurant business” because of his rumored bad boy personality. It is said that he tends to date, multiple women. The list of unproven allegations about his dating habits comprises the rumored affair between star January Jones and him. Star magazine and TMZ even covered the rumored affair.

Rumors of Booby and January begin to arise after Jones’s 2010 car accident. Rumored to be the case of drunk and driving, the accident created lots of buzz in the media and attracted lots of paparazzi as well. Soon after the accident, January calls the married man Booby for help and Bobby comes to help her although they met with each other for the first time at that night at a party. Plus, because Jones does not reveal the father of his son Xander, people even speculate that Bobby is his father.

Anyway, Booby has denied these allegations and it seems Bobby and March are enjoying their life to the fullest. Proud wife March was seen in 2013 with her hubby Bobby enjoying a day off and showing off her curves and a hip tattoo in a purple leopard-print bikini in Miami Beach. Moreover, many famous online portals and magazines have covered their dream home in New York. Bobby has said that he gave up his beloved bachelor pad because he loved Stephanie more than the pad.

Fond of traveling, swimming, yoga, and dance, Stephanie married American celebrity chef, restaurateur, television personality, and iron chef, Bobby Flay on February 20, 2005, who is ten years older than her. He was already divorced two times when they got married.  The wedding was held at St. Peter’s Episcopal Church in New York City. Even, Bobby’s proposal to her was amazing. He proposed to her while ice skating at Rockefeller Center on December 19, 2003.

He likes to keep her happy by cooking whatever she demands. March has given Bobby the nickname” Food-fairy” because he makes her anything she wants.

39 years old of age, Stephanie is a progressing versatile, and talented actress. Both Bobby and Stephanie have worked hard to become what they are today.

The only thing that’s bugging her now is Endometriosis, a disease whose cause is unknown. The disease has affected 170 million women worldwide and can only be found by analyzing tissue through surgery. Her husband has been always supportive in fighting against the disease.

She has a height of 5 feet and 10 inches with an amazing pair of feet, shapely legs, a hot slender figure, and perfect body measurements of 34B-25-34.  Her bikini pictures are very famous among her fans. Because of her good acting career, she has been able to manage a net worth of 10 million.