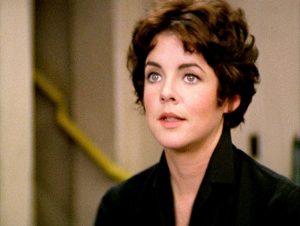 Stockard Channing was born in 13th of February, 1944 in New York City. Her real name is Susan Antonia Williams Stockard. She is a well known persona in the Hollywood industry. She has been a successful actress over the decade who has won Emmy Award three times and Tony Award 1 time. She is best known for her role in “The West Wing” as Abbey Bartlet which was broadcasted from the NBC.

She always dreamed of becoming a successful actress from her early age. Despite of the face that she has no background of this industry, she entered into it and proved herself as one of the capable actresses in this industry. She has played many various roles in the theatres before her professional career in the movies and TV series. She has been actively involved in this field from 1969 and she is till presenting herself in front of the audience. She made her debut from the movie “The Hospital” in 1971 where she played the small role of E.R.

Nurse. In 1975, she got chance to play in the movie “The Fortune” as Freddie. From her acting, she was nominated for the Golden Globe Award for the Best Acting Debut in a Motion Picture. She was in the height of success in 1970s and 1980s. In 1993, she appeared in the internationally successful and critically acclaimed movie “Six Degrees of Separation”.

She got nominated in many prestigious awards from this movie including Academy Award, Golden Globe Award and Chicago Film Critics Association Award. She won the Blockbuster Entertainment Award from “Up Close & Personal” in 1995. In 1996, she appeared in the movies such as “Moll Flanders” and “The First Wives Club”. Lately, she has appeared in “Pulling Strings” where she played the role of Virginia.

In case of the TV shows, she has appeared in more than 40 series. She made her first appearance in the TV shows from “The Girl Most Likely To” in 1973 where she played the role of Miriam Knight”. From her appearance as Susan Reinert in “Echoes in the Darkness”, she got nominated in the Primetime Emmy Award for Outstanding Supporting Actress in a Miniseries.

She has also been nominated for the Primetime Emmy Award from the series “The Baby Dance”. Some of her other successful TV series are “The West Wing”, “The Matthew Shepard Story”, “Jack” and “Out of Practice”. She has also appeared in many discographies as well.

She is 5 feet 3 inch tall and has the weight of 50 kg. In case of marriage, she is married for 4 times. She got married for the first time with Walter Channing Jr. in 1964 and got divorced in 1967. After that, Paul Schmidt, David Debin and David Lefferts Rawle became her husband. But all their relationships ended with the divorce. She has no children from any of the husbands. She got the hot body and sexy legs which had captivated many people in 1970s and 1980s.

She looked ravenous and young despite of her age. Because of this reason, she played the role of young girl in the popular movie “Grease”. You can find her bikini pictures in the web as well. She has been involved in this field for quite a long period. So, she wants to continue it until her death.

You can follow her in twitter, Facebook as well as in Instagram. She has the net worth of $312 million. She has also done plastic surgery to look younger. Her interviews, movies and the TV shows can be watched from YouTube. Her full biography is available in Wikipedia and IMDB.