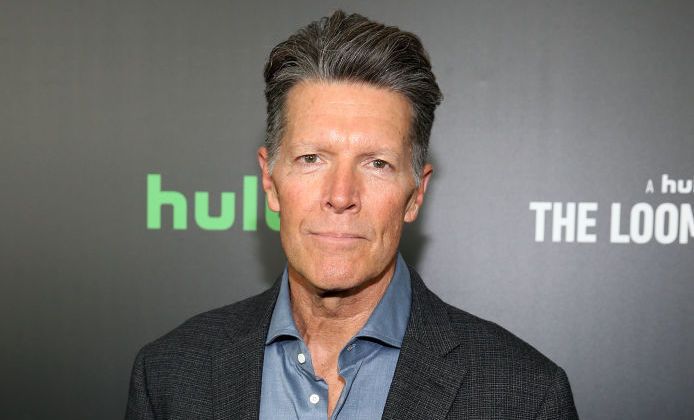 Stone Stockton Phillips (popularly known as Stock Phillips) is a Television personality and reporter. He was born on December 2, 1954 (age 59) in Texas City, Texas. He was born to parents Victor and Grace Phillips, a Monsanto chemical engineer and school teacher respectively.

Being a son of an engineer and a school teacher, Phillips has emerges as one of today’s leading TV Journalists. He is best known as the host of “Dateline NBC” and guest host for other NBC shows.

Victor Phillips is a veteran of World War II. Phillips attended Parkway West High School in Ballwin, Missouri where he was an honor student and starting quarterback on the football team.

Phillips began his studies at Yale University in 1973 where he continued to excel in both academics and athletics. Stone Phillips graduated with honors from Yale in 1977, earning a Bachelor’s degree in philosophy.

He was the starting quarterback on Yale’s 1976 Ivy League Champion football team.

After graduating from Yale, Phillips moved to Atlanta, Georgia where he worked as a remedial reading and math teacher at the Fulton County Juvenile Detention Center. Phillips put his first step in journalism in 1977. Currently, Phillips lives in New York with his wife. He was married to Debra.

Stone Phillips and his wife Debra have one child, Daniel Streeter (born in 1988). In 1955, a daughter was born in August but died that same day.  His total net worth and annual salary are not revealed anywhere by a reliable source.

After one year of graduation, he landed a reporter job at WXIA-TV, the local NBC affiliate in Atlanta.  In 1980, Phillips was hired by ABC News to be an assignment editor for their Washington, D.C. news bureau.

He began filing stories as an on-air correspondent for ABC on 1982. As a correspondent, he covered many major events such as the war in Lebanon, the exodus of Vietnamese boat people in the mid-1980s, and Rajiv Gandhi’s election campaign following the assassination of his mother, Indira Gandhi.

Phillips ended his twelve-year relationship with ABC in 1992 and seeks a new job in NBC News to serve as co-anchor with Jane Pauley on Dateline NBC.

During his time on NBC, he conducted various interviews and covered different reports. Among them was the first network interview with Lynndie England, the U.S. Army soldier, about her role in the Abu Ghraib prison scandal.

Stone leads a more quiet life.  On October 17, 2005, Phillips was a guest on the premiere episode of The Colbert Report.

As of 2012, Phillips was contributing reports to the PBS News hour. In 2013 he reported on golf course water usage for The Golf Channel. Stone Phillips produced and hosted Moving with Grace, a documentary airing on PBS stations that chronicled his effort in May 2013.