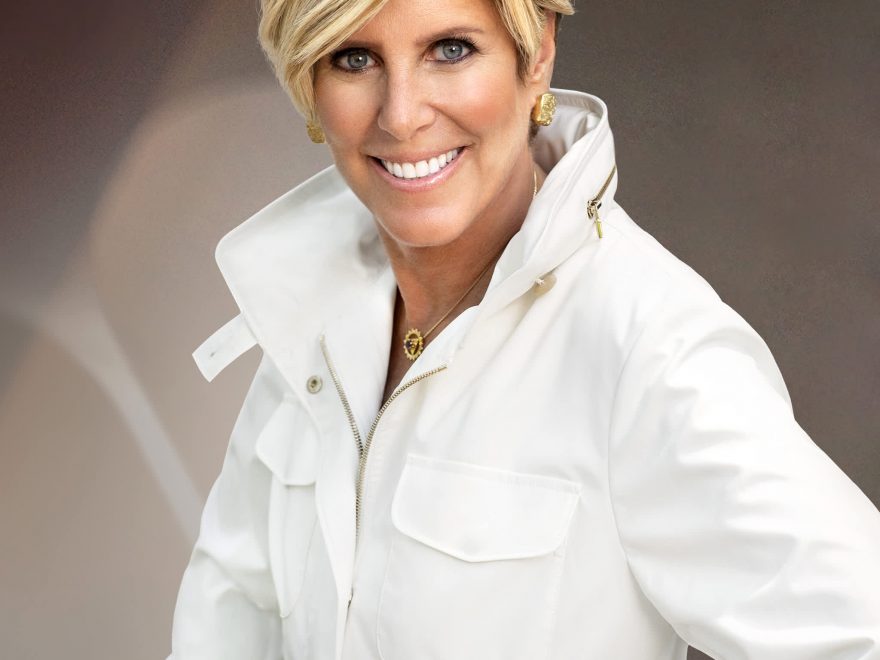 Suze Orman was born on the 5th of June, 1951 in Chicago, Illinois to a Jewish family. Suze received a B.A. Degree in Social Work from University of Illinois at Urbana-Champaign in 1976. Later she received an honorary doctorate of humane letter from the same university.

Orman moved to Berkeley, California, and worked as a waitress after finishing school. Having a dream of opening her restaurant, she first received a cheque for $2,000 in 1980 from one of her longtime customers. She managed to get $50,000 for her restaurant from her customers with the help of Mr. Hasbrook, who had given her the first cheque. She later ended up losing all of her money because of a broker who cheated on her with her financial affairs.

After having lost all of her money, Suze started reading books on investment and decided to apply as a broker in the same office where she was cheated. She was taken into the women’s quota but was told that she would soon lose that position.

Having been involved in the same profession as the one she got cheated by she came to know that her broker had violated the company’s policies and the company was sued. Meanwhile, the broker settled the affair out of court and Suze joined another firm as a vice-president. This new step of her took her one step further to starting her firm in 1987 after her study on investment.

Suze’s firm dedication to her work made it possible for her feet to kiss this height of success. She got her first media exposure through a local radio station where she spoke against a complaint of one of her customers and later was the burning hot topic in many of such stations and television programs.

Using the tools of words in her first book ‘You’ve earned it, Don’t lose it!’, Suze became the best-selling author in 1995. She later published a series of books on money management and investment making her one of the Power Brokers.

She soon signed a television series named The Suze Orman Show that began airing in 2002 on CNBC. She also did various other shows as a financial guide on various networks. She later got involved with social work and started writing for various magazines, newspapers, and websites on financial issues.

With praise-worthy social status, Suze also has an economic position of a net worth of more than US $10 million. She claimed to be gay in 2007 saying her sexual orientation is lesbian. She, when asked if she was married replied that she had been with Kathy Travis for the last seven years. She says that K.T is more than a husband to her, she is her life partner.

Since they cannot get married legally Suze tells that they don’t have to bother to think about getting divorced. In wiki feet, her legs are rated as nice feet.

Susan Lynn Orman, Suze as everyone calls her, is an example of almost every person around. She started her career as a waitress, but who knew that hard work would pay so well and take her to the height of success that we can only dream of?

Suze, a talk show host, a well-established journalist, and also a motivational speaker, can always be our financial guide and guru as she explains,“ My job is to be the financial truth crusader.

Hope for the best. But plan for the worst.” She is the author of books such as the best-seller, “The 9 steps to financial freedom”, which sold more than 3 million copies. Her popular Money show such as “The courage to be rich,” “The road to wealth” and “The laws of money”, “Lessons of life” for which she has been awarded an outstanding daytime Emmy award for her service. She also won the Gracie Allen award for being an outstanding Program host.

In her life, she gets lots of praise and for sure criticism too. No matter what she is on the path of reaching people and solving their financial problems turning them into opportunities.