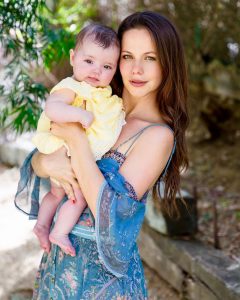 Tammin Sursok is a South African- born Australian actress and singer-songwriter. She was born on 19 August, 1983 and is well known for her roles as Dani Sutherland on Home and Away, Colleen Carlton on The Young and the Restless and Jenna Marshall on Pretty Little Liars. Sursok is also a guitarist. She was born in Johannesburg, South Africa.

Sursok was born to parents Daryl and Julie. At the age of four, she immigrated to Sydney, Australia with her family. Her mother Julie was a classically trained pianist and guitarist as well. So, Sursok was also interested in music and as a result she joined Sydney Youth Musical Theatre, where she pursued her acting, music and dance. She also studied with the Trinity Speech and Drama College and graduated with a distinction. Sursok was educated at Ravenswood School for Girls, in Gordon, Sydney. There she studied speech and drama in her final years and won her part in the long-running Australian drama series, Home and Away at the end of 1999 after completing Year 10.

Sursok started her career in 2000 by appearing in the Seven Network soap opera television series Home and Away. In 2001 Sursok won the Logie Award for “Best New Female Talent” for her performance as Sutherland in Home and Away. In following year she was selected as Junior Youth Ambassador for New South Wales. In 2003, she received the Australian Centenary Medal for her “Service to Australian Society and Acting”. She was also nominated for the Australian of the year.

After relocating to Los Angeles, California in 2006, she made her movie debut by having a bit-role in the film aquamarine. She also appeared on the CBS sitcom television series Rules of Engagement. After that she successfully auditioned for the role of Colleen Carlton in the American soap opera television series The Young and the Restless. For her this role she was also nominated for “Outstanding Younger Actress in a Drama Series” at the Daytime Emmy Awards.

Later in 2009, Sursok appeared in the Nickelodeon’s musical film Spectacular!, where she portrayed the role of Courtney, the lead singer of a high-school choir Spectacular. She recorded over three tracks for the film soundtrack which debuted at 44 on the US Billboard hot 100. Sursok also had a chilling recurring role in eight episodes of Disney Channel Original Series Hannah Montana. She also starred in a TV series Pretty Little Liars, which is an adaptation of the Sara Shepard teen mystery book trilogy.

In 2005, Sursok recorded her debut album “Whatever Will Be” under Sony BMG Records. She released two singles from the album, prior to its release. The first was “Pointless Relationship” which was co-written by the Norwegian singer-songwriter Marion Raven. Her next single was Whatever Will Be which was released in 28 March 2005.

Although this hot and stunning actress has reached 31 years old in age, she looks like she is in her mid-twenties. She has sexy body measurements with a pair of long and slender legs. Sursok stands at the height of 5 feet 5 inches. Her hot pictures are also widely available in internet. Sursok is fond of having tattoos and have one on her left hipbone.

Regarding her personal life, she married her boyfriend Sean McEwen on 24 August, 2011. McEwen is an actor, producer and director. Sursok and her husband have one child, a daughter, Phoenix Emmanuel (born on 8 October 2013). In April 2013, Sursok said in an interview that her movie, Sleeping Around, was filmed in the middle of her wedding. She also has three dogs named Tiger, Charlie and Sydney.