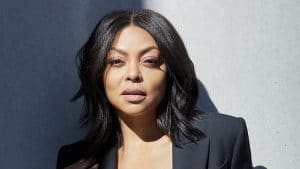 Beautiful American actress and singer Taraji Penda Henson was born on September 11, 1970 in southeast Washington, D.C. She was born to a corporate manager Bernice Gordon and a janitor and fabricator, Boris Henson. Henson was very talented since her early days. She had a keen interest in dancing and singing since her young age.

Talking about her schooling, Henson attended Oxon Hill High School in Oxon Hill, Maryland where she exposed much of her talents. After this she joined North Carolina Agricultural and Technical State University where she majored in Electrical Engineering. Later on she moved to Howard University. In order to pay for Howard University, Henson worked two jobs, one was as a morning secretary in The Pentagon and another was as a waitress on The Odyssey Cruise Line. She graduated with a degree in Theater Arts and won the Triple Threat Award.

After lots of struggle and hard work, Henson started to appear in television and films as an actress. In the year 2005, Henson appeared in the film Four Brothers. It was her first debut film. After one year gap, she appeared in Talk To Me in the year 2007. In the same year, she appeared in Smokin’ Aces. In 2008, she presented herself in The Family That Preys.

At the end of year, she starred in The Curious Case of Benjamin Button opposite Brad Pitt. For Best Supporting Actress, Henson garnered critical acclaim and an Oscar nomination. After this she appeared in Hurricane Season in the year 2009. She also has been a cast member on several television shows.

Her television shows includes ABC’s Boston Legal, ABC’s Eli Stone and Lifetime Television’s The Division. Henson also has guest starred in television shows like WB Television Network’s Smart Guy, Fox series House and CBS’s CSI: Crime Scene Investigation. She also appeared in an episode of sister. In the year 2011, she was casted in Person of Interest. Beautiful actress made made her singing debut in Hustle & Flow.

She also provided her voice for the Three 6 Mafia track “It’s Hard Out Here for a Pimp”. In the year 2006, she was able to win an Academy Award for Best Original Song. On March 5, 2006, she also performed live at Oscar ceremony with the group. In the same way, Henson performed in many movies, songs and films.

Forty three year old Henson is a married woman who hasn’t revealed much about her personal life. She has a son named Marcel who was born in May 1994. It is said that her son’s high school sweetheart is her son’s father. She has not revealed about her dating history. Neither there is any rumor about her boyfriend, dating and affairs. We can’t say whether she is engaged with her husband or not. Henson is well known for her beauty, talent and hairstyles. Due to such characters, she is extremely popular among youths and women.

She has attractive body and commendable height that suits her personality. 34-25-33 is her body measurement. Henson is 5 feet 4 inches tall. Henson has sexy legs and feet and her body looks extremely stunning and hot in bikini. Henson earns handsome salary and has net worth of $6 million. She has huge fan following. Her fans can find her pictures in instagram and can tweet her in twitter. More about her biography can be found in wiki and in her personal sites.