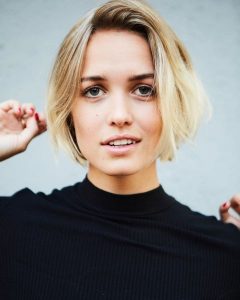 Eggesbø also finished fifth in the 20 km individual event at the 2006 Winter Olympics. At the Biathlon World Cup, she has two wins, both in relays (1999 and 2001). Her total of thirteen podium finishes includes six-second places and five third places.