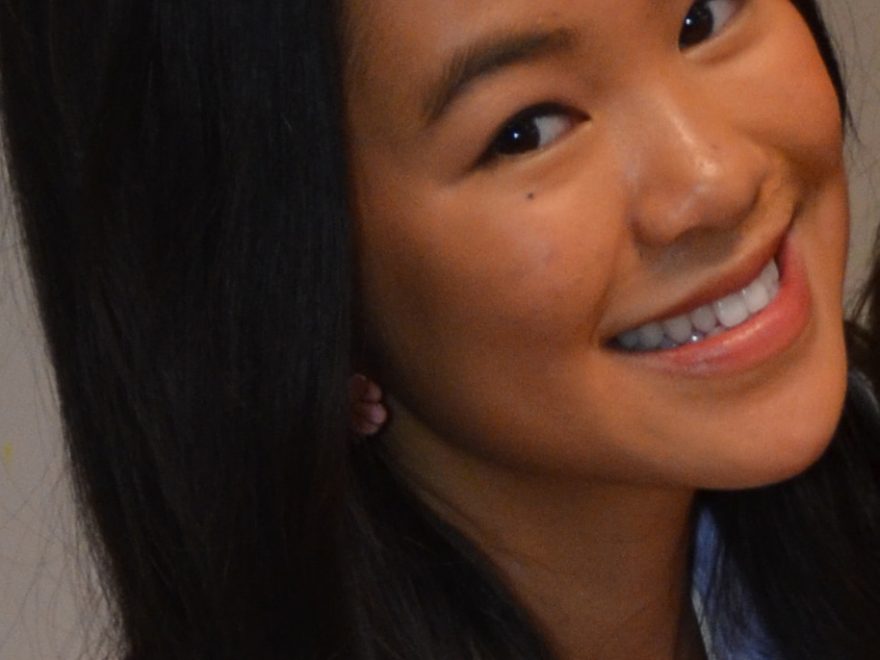 Tiffany Espensen is a Chinese-American teen actress mostly known  for portraying the character of smart-girl Tiffany Espensen, who has capability to get what she wants with her wit, in the American teen sitcom Bucket & Skinner’s Epic Adventures(2011-2013).

Nevertheless, she is the first voice of intelligent and friendly Ginger in the American animated comedy-musical television series Phineas and Ferb. Also, she is known for roles in movies such as hop (2011), Repo Men(2010) and Good Luck Charlie(2013), Craving a Life(2014) and  Earth to Echo(2014).

Currently, she has finished working as one of the important series character Belinda in the single-camera comedy series Kirby Buckets on Disney XD. The highly awaited show is expected to release in fall of the year 2014.

Born on February 10, 1999, she is 15 years of age as of 2014. Sweet-looking Tiffany may not be as tall as 99.4 % of all women with the height of 4 feet and 9 inches, but she sure is a talented and beautiful looking girl with promising acting-career and positive acting potentialities.

It’s true that she is a adopted child. Her American parents adopted her soon after her birth in Lianjiang, China.

Her parents are extremely proud of her for what she has achieved till now and she equally loves her parents for what they have done for her.

Moreover, it will be safe to say she doesn’t have any boyfriend because she is still under-age. Even if she is dating someone, media wouldn’t figure it out until she crosses her teen years. Now, she is enjoying her life being a teen sensation.

Other hobbies of Tiffany besides acting are arts, baking, singing and reading books. Also, she is an environment activist, more precisely an environment warrior she did like to call her.

On top of that, she is the Region IX representative on the national Youth Preparedness Council, which slogan is “Are you prepared when a disaster strikes? Get yourself ready today. Get a kit, make a plan and informed.

Her favorite book is Percy Jackson and the Olympians: The lighting thief. She is the kind of person who doesn’t judge the book by its cover.

Even at this young age, she has developed herself not only as an emerging actress but also as an inspirational figure.

Looking at her life, young kids of United States are getting motivated to follow their dreams at the same time not forgetting to enjoy life and cherishing friendship and family.

Last but not the least, there are numerous fansites devoted to Tiffany on the internet. Out of many fansites, the most notable fansite of Tiffany is “www. tiffany-espensen.com”.

The sight gives you insights about her current to past projects plus her recent public appearances. Moreover, she is on instagram and Facebook as well.