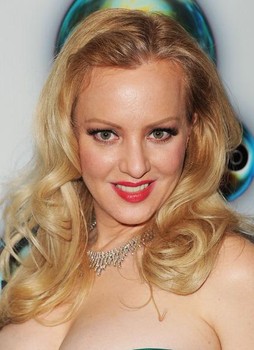 The scintillatingly gorgeous and sensually hot diva of the television world, Wendi Mclendon-Covey is a popular American actress, comedian, writer and producer. She is well known for her performance on Rules of Engagement, comedy film Bridesmaids , What to Expect When You’re Expecting, Think Like a Man Too, The Single Moms Club and ABC comedy series The Goldbergs. She is well known as an improvisational actress.

Wendi was born on October 10, 1969 in Bellflower, California. She was born in a middle class family and was raised in a good environment. She says her parents were very supportive and understanding who used to inspire and motivate her.

Mclendon-Covey was very talented since her early age. She enjoyed acting and dancing and also was good in her studies. With a Bachelor of Liberal Studies and Creative Writing, Mclendon-Covey graduated from California State University.

In the year 2002, as a member, Wendi Mclendon-Covey joined The Groundlings Theater in Los Angeles. She was the classmate of comedians Melissa McCarthy and Kristen Wiig. Due to her keen interest, she joined the theater in order to learn acting.

In the year 2003, she starred on the Comedy Central television series Reno 911! She remained in the show till 2008. In 2006, she appeared in the Lifetime comedy show Lovespring International. In the same time, she has provided commentary for TV Guide Channel, VH1 and E!. In the year 2007, she appeared in a comedy film named Miami.

In the same way, she appeared in Bewitched, Over Her Dead Body, 10 Things I Hate About You, Cougar Town and The Office.

She herself wrote, produced and starred in 2007 independent comedy film Cook-Off!. In July 2011, Mclendon-Covey appeared in in national TV ads for a new campaign by Hillshire Farm. She also starred critically lauded and financially successful comedy film Bridesmaids. She also presented herself in the CBS sitcom Rules of Engagement from 2010 to 2013.

At the same time, she had many guest appearances in the shows like TV Land’ Hot in Cleveland, Fox’s short-lived sitcom I Hate My Teenage Daughter and ABC’s Modern Family. In the year 2012, she appeared in a romantic comedy What to Expect When You’re Expecting and Christmas comedy movie A White Trash Christmas.

Talking about her relationship status, she is a married to Greg Covey. She is happily living with her husband in Long Beach, California since 1996. She has good marital relation with her husband so they have no idea of getting divorce.

She has the best-looking face with mesmerizing sweetness in smile which she has got by her birth. She also has sexy body with commendable height and wonderful body measurements.34-24-35 is her body measurement. She is 5 feet 8 inches tall. Her hot physique is something beyond explanation. She also has attractive boobs with long legs and feet. She looks extremely stunning in bikini.

This gorgeous actress with stunning personality has numerous fan and followers. She is one of the celebrity who has numerous searches in the Internet. These searches include her biography, pictures and the topics like weight loss, smoking, fired and affairs. Much more information about her can be abstracted from wiki