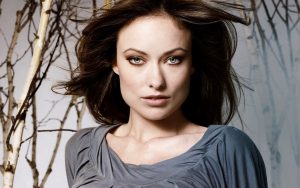 Gifted Olivia Wilde is not only an American actress but also a screenwriter, producer, director, and model. She is best known for her acting abilities and her physical beauty with which her character in almost every movie she played seemed like a real person.

New Yorker, Oliva has appeared in many television and movies since the early 2000s. Most famous of her works in television series include her acting in The O.C., The Black Donnellys, and the award-winning drama series House. Most of her noticed works in films include the big project movies like Tron: Legacy, Cowboys & Aliens, In Time, and Drinking Buddies.

Among more than 10 television series she has worked for, her role as a bisexual named Alex Kelly is extremely admired by critics and her fans. It was surely a hard role to act but it was no problem for hot and talented Oliva.

Plus, her role in the medical drama House made her No 1 place holder in Maxim’s hot 100 in 2009’s list. She made Dr. Remy’s role in the House so real and sexy that the name Remy is still remembered by people of the United States. Simply, she rocked in the lab coat of Dr.

Remy made the role look so good. Even the famous Megan Fox in an interview with GQ has said that Wilde is so sexy that she makes Fox want to “strangle a mountain ox with [her] bare hands.”

Her acting career is all about success. She transitioned herself from silver screen to big movie projects in a short period.

Even her paternal grandfather  Claud Cockburn was a prominent journalist in his time. She has developed amazing critical and analytical skills because of her journalist-rich family. Moreover, her sister Sarah Caudwell is a civil rights attorney based in New York.

Her aunt Sarah Caudwell was a writer and she had writer Christopher Hitchens as a babysitter when she was a kid.

She could meet famous and influential people since her childhood because of her parent’s prominence on Washington’s social media back then. They used to host famous dinner parties to which many powerful and famous people were invited.

Therefore, born into a rich family, she didn’t have to struggle a lot to fulfill her dream to be a prominent actress one day.

Wilde’s ancestry includes English, Irish, Scottish, Manx, and German. She got this sort of rich ethnicity because Wilde’s father’s upper-class British ancestors lived in several places at the height of the British Empire, including Peking (where her paternal grandfather was born), Calcutta, Bombay, Cairo, and Tasmania.

She was married to the son of Prince Allesandro Ruspoli, Tao Rusopoli, an Italian filmmaker, musician, and photographer. In 2011, the couple ends the eight years of marriage by getting a divorce because Wilde had filed for divorce in Los Angeles County Superior Court on March 3, 2011, mentioning “irreconcilable differences”.

It is said that Oliva and her ex-husband Tao later had an agreement on property division after the divorce. In the same year, she starts dating actor Jason Sudeikis and she finally get engaged to her boyfriend Jason in 2013. The happy news is the couple is expecting their first child in May of 2014.

Talking about attractive Olivia’s body configuration, she has a slim body with smaller shapely boobs and flat toned stomach. Her classic supermodel-like look is praised by the current fashion industry. Her GQ magazine photoshoot pictures prove she is a sexy woman who looks awesome in a bikini.

Another aspect of her that suits her modeling and fashion personality is her height of 5 feet and 7 inches with mesmerizing long legs and shapely thighs, her perfect body measurements of 32-24-32 inches, and her knowledge of fashion trends and makeup.

Another reason that has increased her popularity is her animated gif pictures circulated all over the Internet. They are so popular and magnetic that people have opened many sites for her gifs and they have animated the gorgeous actress in whatever way they want.

Not only that, unfortunately, everybody is aware that when it comes to celebrities, people make their hot nude fake pictures just for fun. Even her fakes going viral on the internet are extremely hot.

Another interesting fact about her is that she is a smoker and indeed a popular one. She has even smoked in some of her movies. But, his smoking habit has done no good to her looks.

Her different interviews are as well equally famous. One can always check those out on the internet.  Plus, she is also a feminist who has called out Hollywood sexism for what it is and has strongly emphasized empowering women’s roles in films.

Not only had she created an amazing career for herself progressing from small roles to big ones, but she has also established herself as a down-to-earth woman who can spontaneously act in movies. She is also regarded as cute and looks great and relaxed on almost every occasion with a smile on her face.

Plus, she is helping people in Haiti to get education and health services and that’s something. Let’s see how she will do in her upcoming movies The Longest Week and Unity. Her 2014’s role as Denise in the television series “American Dad!” is plausibly admirable.

To get more wikis about her, keep visiting our site One can also connect to her Twitter account to get interesting tweets from her.